Also, there's an awesome video of Charlie A’Court playing 'Footloose' to the social distancers in his Dartmouth neighbourhood at the bottom of the article
Mar 30, 2020 5:26 PM By: Meghan Groff 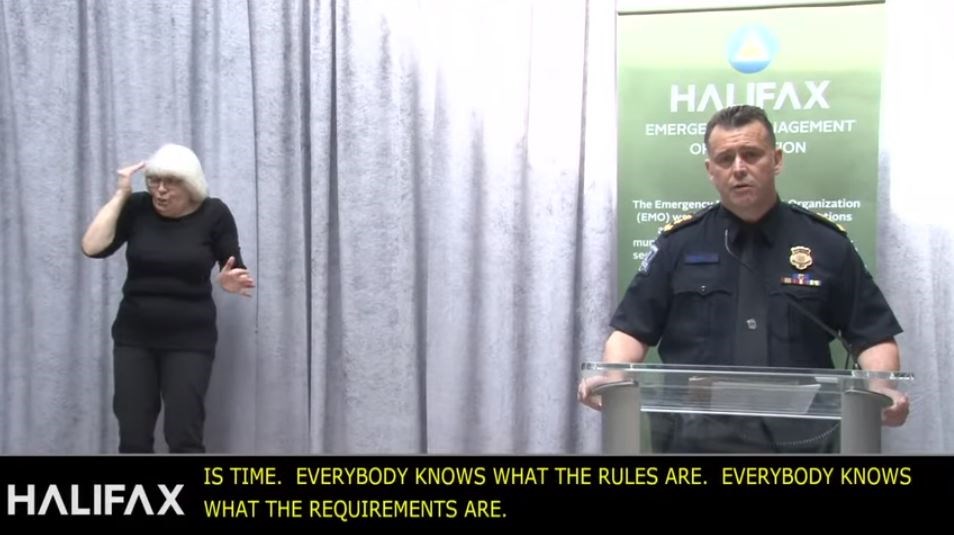 With files from Katie Hartai

Halifax's chief of police says some people are taking unnecessary risks during the COVID-19 pandemic.

Despite that, there have been several reports of people in those spaces and ignoring the province's five-person-or-fewer gathering rules.

Over the weekend a woman had her vehicle seized and was fined $697.50 for violating the Emergency Measures Act after police say they found her in Point Pleasant Park.

Police chief Dan Kinsella said, by now, everybody should be aware of the over week-old restrictions.

"When the education piece and the compliance piece have been exhausted, that will be the opportunity for officers to use their discretion in the appropriate circumstances, as the officers did yesterday," he said at a municipal news conference Monday afternoon.

Kinsella said his officers have been responding to several reports of people breaking the rules, and most of the time people quickly disperse as soon as they see police, or they're already gone by the time police arrive.

Mayor Mike Savage said it's unacceptable to put your own personal interests ahead of the safety of the community.

"We have worked to keep neighbourhood trails that are not inside municipal parks open, but we need cooperation," Savage said.

"Do not drive to a trail outside of your neighbourhood to go for a stroll or ride your bike," he added. "This will only serve to create crowding that flies in the face of the good social, physical distancing measures that we are all counting on, now more than ever."

Savage also thanked those putting forth an effort to make the best of this difficult situation.

"Whether it's Charlie A'Court rocking out to Footloose on his Dartmouth steps, a front yard dance party in Halifax's west end, or the chalk messages and homemade signs of support for Dr. Strang in his own community, we will have each other to thank when we get through this."

HRM says anyone parking in a lot that is part of a provincial or municipal park is breaching the state of emergency order and risks being ticketed and/or towed. Non-compliant vehicles can be reported by calling 311.

Other violations of the provincial state of emergency can be reported through the police non-emergency line at 902-490-5020.