As of Wednesday, all departing passengers will have their temperatures checked during pre-board screening
Sep 17, 2020 4:06 PM By: Meghan Groff 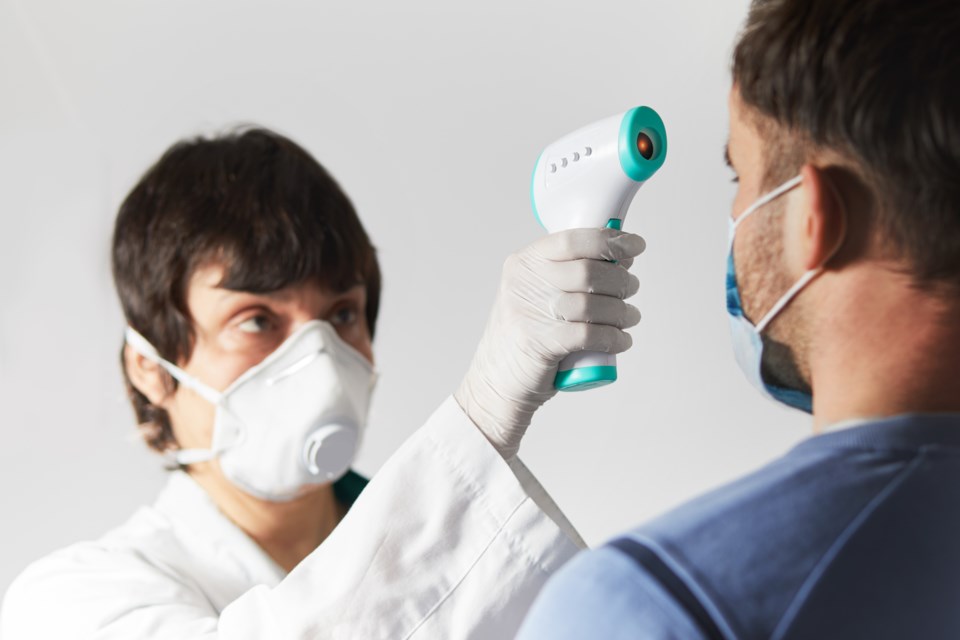 Airport authority spokesperson Leah Batstone says, as of Wednesday, all departing passengers will have their temperatures checked during pre-board screening.

"So when passengers are departing, they'll come to the airport, get their masks on and get their hands cleaned, check-in and then when they go to security they'll do a temperature check before actually going through the security process," she explained.

The protocol is already in place at the four largest airports in the country; Montreal, Toronto, Calgary and Vancouver. It's being expanded to the next 11 busiest airports in Canada next week, including ours.

CATSA says body temperatures are measured either at a distance with a temperature scanning camera, or close up with a contactless, hand-held thermometer.

If someone's temperature is at or above 38°C, which is the threshold that has been set by Transport Canada, they'll need to wait 10 minutes, then be measured again.

If the temperature has not dropped below 38°C on the second check and there's no medical certificate to explain why the passenger has an elevated temperature, that person will not be able to fly.

"As per Transport Canada’s directive, the passenger will not be permitted to enter a restricted area at any airport in Canada for a period of 14 days after the day of the elevated reading, unless they provide a medical certificate certifying that their elevated temperature is not related to COVID-19," says a post on CATSA's website.

Masks have been mandatory and Halifax's airport for almost three months. In addition, Batstone says they've been physical distancing and have added hand sanitizer stations.

"We're also asking people if they're coming to the airport to pick-up or drop-off someone that they don't come in the building," she says. "We're really trying to keep the building just for passengers and for airport workers."

"So, if you are picking someone up, we're just asking you to wait outside, either in our designated waiting area along the road or into the parkade."

Two new cases of COVID-19 announced in Nova Scotia Friday
Oct 30, 2020 3:08 PM
Comments
We welcome your feedback and encourage you to share your thoughts. We ask that you be respectful of others and their points of view, refrain from personal attacks and stay on topic. To learn about our commenting policies and how we moderate, please read our Community Guidelines.