'I know some of my other colleagues have faced similar issues,' the province's top doctor said
Sep 24, 2020 5:48 PM By: Meghan Groff 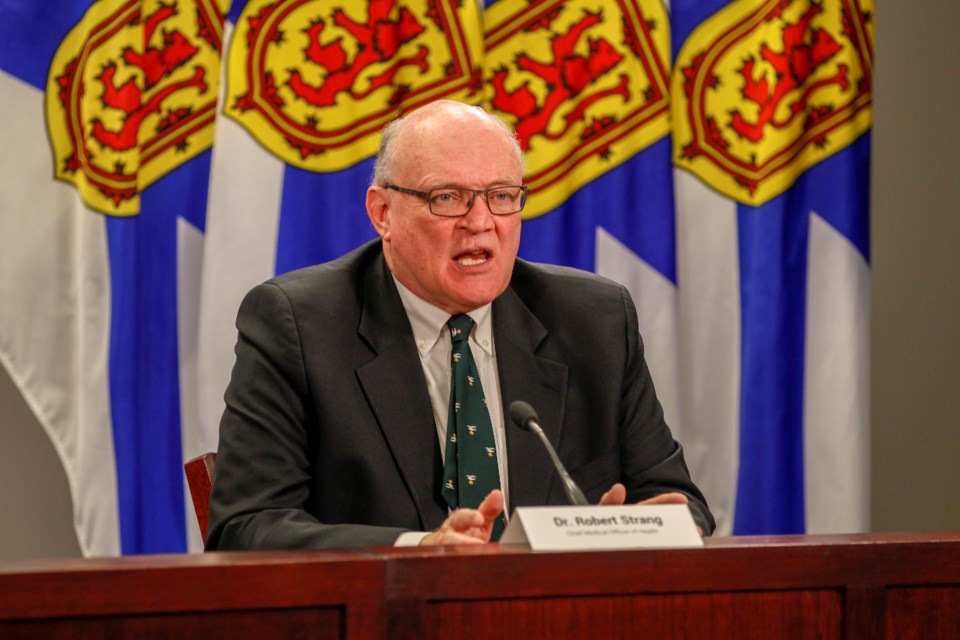 Nova Scotia's top doctor says he's aware of many hateful comments on social media that have been directed at him.

"I don't pay attention to that frankly," Dr. Robert Strang said. "But it's unfortunate that there's a small segment of our society that is trying to spread false information and taking those kinds of actions towards my colleagues."

His comments come as British Columbia's provincial health officer revealed earlier this week that she has been the target of death threats.

"There are many people who don’t like what I do … and feel quite able to send me nasty notes, leave phone calls, to harass my office staff," Dr. Bonnie Henry told a panel discussion on Tuesday.

"I've had to have security in my house. I've had death threats. How do we deal with that?"

"I know some of my other colleagues have faced similar issues," he said. "It seems to be easier for people to target that hateful messaging towards females."

He told NEWS 95.7's The Rick Howe Show his most serious situation so far came when someone contacted the department and threatened a physical confrontation.

"It was around masking and they wanted to physically confront me," he explained. "We had security involved and nothing came from it. It's kind of ridiculous really."

Strang said health officials across the country are aware that every COVID-19 protocol they put in place has negative consequences, but they are doing the best they can to keep the public as safe as possible in this unprecedented situation.

"There's no rule book on this, there's nothing that tells us specifically how to deal with this," he explained.

"It's continually working, taking different pieces of information and different perspectives and always trying to find the appropriate balance. It's a challenge."

Strang said there's no quick fix to this situation. He expects we'll have measures in place to deal with the impacts of this novel coronavirus for between one and three years.

"Even if we have an effective vaccine, it will take a long time to get that distributed and to vaccinate large numbers of people," he said. "And there's a very good chance the vaccine might be like a flu vaccine where it's better at preventing severe disease, but it doesn't provide 100 per cent protection."

"A vaccine will play a role, but we can't look at it like it's going to be the golden ticket where as soon as it's here, everything is going to be good."