Nova Scotia's chief medical officer of health apologizes if public health contributed to feelings of confusion, anger or fear
May 15, 2021 11:35 AM By: Chris Stoodley 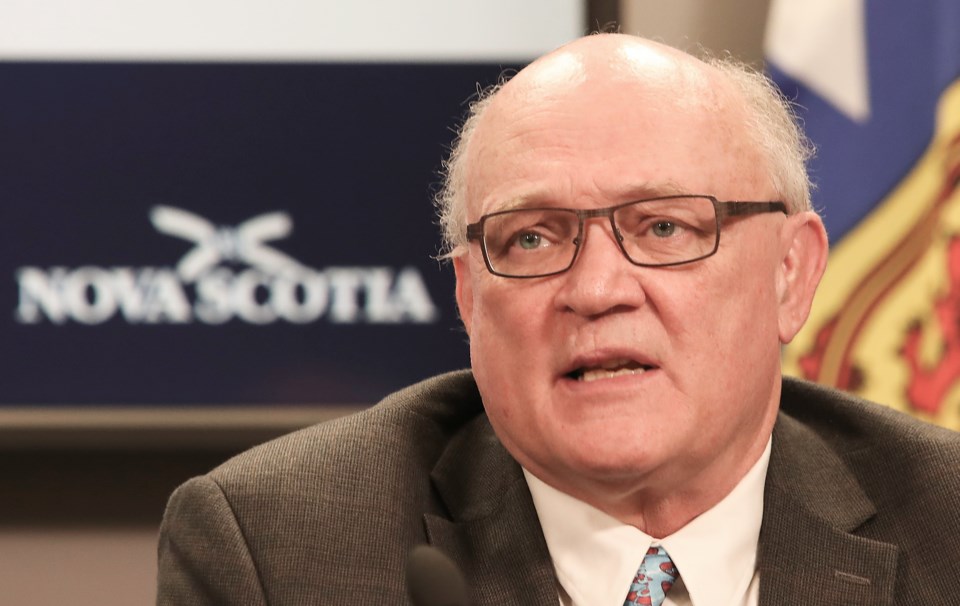 During Friday's COVID-19 briefing, Nova Scotia's chief medical officer of health provided a clarification and apology after the province announced it was pausing the use of the AstraZeneca vaccine.

“With the news that Nova Scotia and many other provinces are pausing the use of AstraZeneca, I know that many of you are feeling confused, angry or even scared,” Dr. Robert Strang said at the May 14 briefing. “I understand that, and I apologize if we contributed to this.

“I want to thank those who chose AstraZeneca to protect yourself, your family and your fellow Nova Scotians. I want you to know that [the] AstraZeneca vaccine is protecting you from COVID-19.”

On May 12, Nova Scotia announced it was pausing the use of the AstraZeneca vaccine due to "caution, science and the availability of alternative mRNA vaccines from Pfizer or Moderna."

The AstraZeneca vaccine, which is a viral vector vaccine, has been linked to a rare blood clotting condition called vaccine-induced immune thrombotic thrombocytopenia or VITT.

However, Strang said multiple studies have shown the AstraZeneca vaccine is effective in preventing serious illness and death.

“We’ve also provided clear information so people could make their own informed decisions after considering the risks and benefits,” he said. “It is always a priority for anyone getting vaccinated with any vaccine product in Nova Scotia [to receive] informed consent.”

Currently, Nova Scotia hasn't reported any cases of a person experiencing VITT due to receiving the AstraZeneca vaccine. However, Canada reported 28 suspected cases on May 13.

Health Canada reported that the risk of developing a blood clot following an AstraZeneca vaccination is around one in 150,000. But Ontario, following its own suspension of the vaccine, said it now believes that rate is roughly one in 60,000.

Nova Scotia is among six other provinces to suspend the use of the AstraZeneca vaccine including New Brunswick, Quebec, Ontario, Saskatchewan and Alberta. Manitoba also announced it was pausing most first dose appointments.

“We’ll know more in a few weeks about the National Advisory Committee on Immunization’s recommendation around mixing vaccines, and we will have this information before our second dose rollout begins,” Strang said.

That information could come by early June.

He said another reason the province decided to pause the use of the AstraZeneca vaccine was that many Nova Scotians were cancelling their appointments in favour of the other vaccines.

Strang said anyone who experiences any of the following symptoms after receiving the AstraZeneca vaccine should seek medical help right away or call 911 and say they have received the vaccine:

Side effects should occur within four to 28 days after getting vaccinated.

Still, Strang said Nova Scotians who chose to get the AstraZeneca vaccine made a “good decision” to get vaccinated, are protected from COVID-19 because the vaccine is effective and will receive a second dose of an appropriate vaccine.

“I want to remind all Nova Scotians that for now, whether you are vaccinated or not, following the public health protocols is still necessary and incredibly important. The vaccine is our way forward, but it alone won’t get us out of the outbreak situation we are in right now.

“When you do get your vaccine, tell everyone you know. Encourage your fellow Nova Scotians who may be nervous or undecided to get vaccinated. Let’s be part of the way forward, together.”