Reopening to rest of Canada 'something we have to do': McNeil 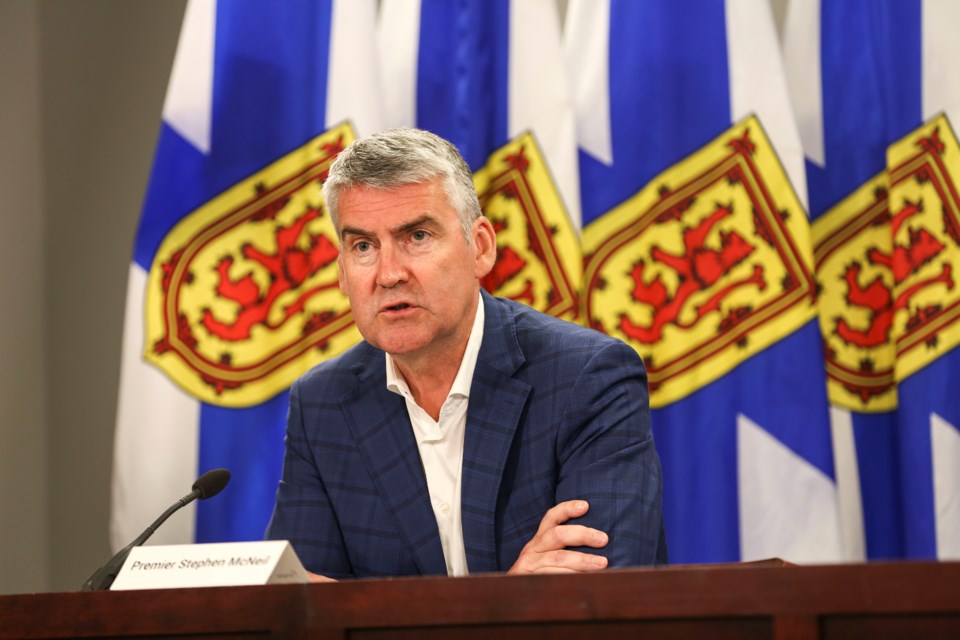 Discussions continue among the Atlantic premiers about reopening the region to the rest of Canada.

That's according to our Premier Stephen McNeil.

Leading up to the launch of the Atlantic bubble on July 3, McNeil had said he hoped to allow Canadians from outside of our four provinces to visit without having to self-isolate for 14 days by the second or third week of July. However, he added it would depend on the epidemiology at the time.

At a news conference today -- the Friday of the third full week of July -- no new target date was announced, but McNeil did hint it could be coming soon.

"Opening up to the rest of the country is something we're going to have to do," he said. "We need to live with COVID until there's a vaccine."

"We can't stay closed forever. Our families need to reunite and our economy needs to ignite."

McNeil and Dr. Robert Strang did announce today that masks would be mandatory in indoor public spaces as of July 31, a measure the premier called "the added protection we are going to require as we open ourselves up to the rest of the country."

He said the move is vital to our province's tourism industry, which brought in an estimated $2.64 billion in revenue last year.

"But it's taken a major hit due to COVID," McNeil explained. "And I'm afraid if we don't safely open up to the rest of Canada, most of our tourism businesses will have to shut down."

"They employ thousands of Nova Scotians across this province and we can't afford to lose the tourism industry."

He believes if we don't open up, it's possible Canadian tourists will stop booking trips to Nova Scotia.

"That does not mean we will be opening up to international travel of any kind, but it means we would be allowing Canadians to move across our country, as all of us quite frankly today have the right to do in every other part of Canada."

McNeil pointed out Nova Scotians can hop on a plane and fly to B.C., Ontario or Quebec and we wouldn't be required to self-isolate when we arrive.

"I know this is not going to be universally accepted, I know that not everyone is going to be happy about that, but we need to, as we have at every point in this journey, be upfront and direct with Nova Scotians about the decisions we're going to make and why we're going to make them," he said. "And we will do so with this one as well."

Last week, McNeil said he hoped to work with the other Atlantic premiers on having Nova Scotia, New Brunswick, Newfoundland and Labrador and Prince Edward Island all take this step together.

However, he stated if they can't all agree on a date, "we as a province will assess our own decision about how we and when we open up to the rest of Canada."