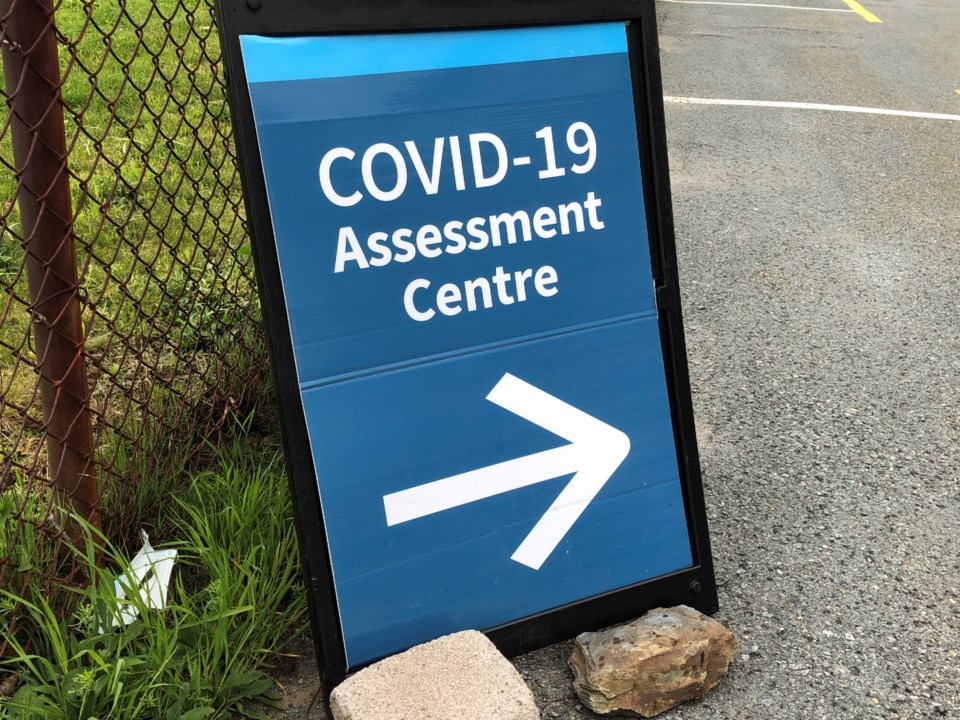 Eased restrictions and sunny weather have brought many Haligonians out to get reacquainted with each other over a drink on a patio or in a backyard.

The province's chief medical officer of health said it was great seeing so many people out enjoying themselves again following the lockdown, but as Nova Scotia moves through the phases of its reopening plan, popping in to get a COVID-19 test will continue to be just as important as it was during the height of the third wave.

"While our cases remain low, there is still COVID activity, especially in HRM, and our testing numbers are not as high as I'd like," said Dr. Robert Strang at a Monday briefing. "I know I sound like a broken record, but testing is critical over the next couple of weeks."

"The more you're out and the more contacts you have, the more often you need to get tested."

Strang said it's likely many were enjoying the nice weather and booking a test or dropping into a pop-up site likely wasn't top of mind, but regular testing needs to remain part of our routine.

He's also heard some are under the impression that they don't need to get tested once they have received their first vaccine.

"That is incorrect," Strang explained. "Even if you've had one dose of vaccine, you can still carry the virus and transmit it."

"We absolutely need more people tested, because what that does is to have a stronger confidence in what level of virus is around," he added.

He said current data indicates we are nearing the end of the third wave, much quicker than he expected, but variants remain a wildcard.

"Emerging information about the Delta variant, previously known as B.1.617, shows it is more easily transmitted and not as well protected against by one dose of vaccine," said Strang. "This is further evidence of how we need to remain cautious until the majority of Nova Scotians are fully vaccinated with two doses of vaccine."

Strang said there have been two confirmed cases of the Delta variant so far in Nova Scotia, but both people were quarantining at the time they tested positive and it wasn't able to spread.