Anyone who got their first dose on or before April 10 can now move up their appointments
Jun 9, 2021 4:19 PM By: Meghan Groff 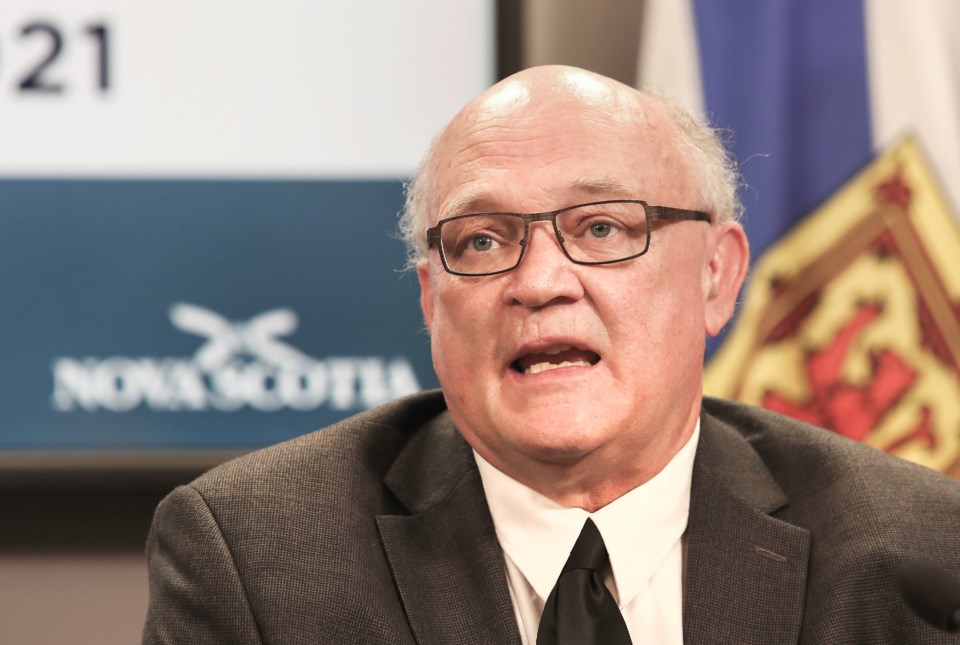 If you received your first COVID-19 vaccine on or before April 10, watch your inbox.

The province says emails are being sent to those in that category, inviting them to move up their second dose appointments.

The province's chief medical officer of health said by the end of Thursday, around 75,000 of those invitations will have been sent out.

"We'll continue to send out these invitations for people to move their second dose appointments up," Dr. Robert Strang said at a Wednesday briefing. "The timing of when you'll actually get your email will depend on our vaccine supply."

If you got a Pfizer or Moderna for a first dose, you can get either one of those mRNA vaccines for your second.

If you had an AstraZeneca vaccine, you can stick with that for your second dose, but Strang has officially recommended switching to an mRNA option instead.

The goal remains to have a minimum of 75 per cent of the population fully vaccinated with both doses by the end of August.

Strang said that projection is based on the expected supply of Pfizer only, so today's news that 7 million doses of Moderna are expected to arrive in Canada by the end of the month is an added bonus.

"We don't have the details on amounts or dates of delivery, but we are expecting to get a significant amount of Moderna and we are prepared to deliver that extra amount of vaccine in a timely manner," he said.

"Getting more vaccine means that we'll get to our 75 per cent of two dose target even faster than expected."

Nova Scotians are allowed to keep their current second dose appointments if they don't want to move them to an earlier date, but Strang very much advises against waiting.

"Every person vaccinated gets us closer to our new normal of living long-term with COVID," he stated. "In this interim period through the summer, we need everybody, as soon as they can, to get the two dose protection to protect ourselves from the Delta variant."

"That is projected to become the dominant strain in some provinces, if not across the country."

Previously known as B.1.617, the Delta variant is thought to be even more transmissible than the Alpha or B.1.1.7 variant, which took hold during the third wave.

"We know the literature shows, against the Delta variant, a single dose of vaccine is only about 30 to 40 per cent effective against protecting against illness," Strang said. "But two doses are very good protection."

"I can't say it enough, it's critically important that we build a two dose coverage for as many Nova Scotians as possible."

As of the end of Tuesday, 62 per cent of Nova Scotians have had one or more doses of the vaccine.