Dr. Robert Strang said the decision was made on 'caution, science and the availability of alternative mRNA vaccines from Pfizer or Moderna'
May 12, 2021 3:37 PM By: Meghan Groff 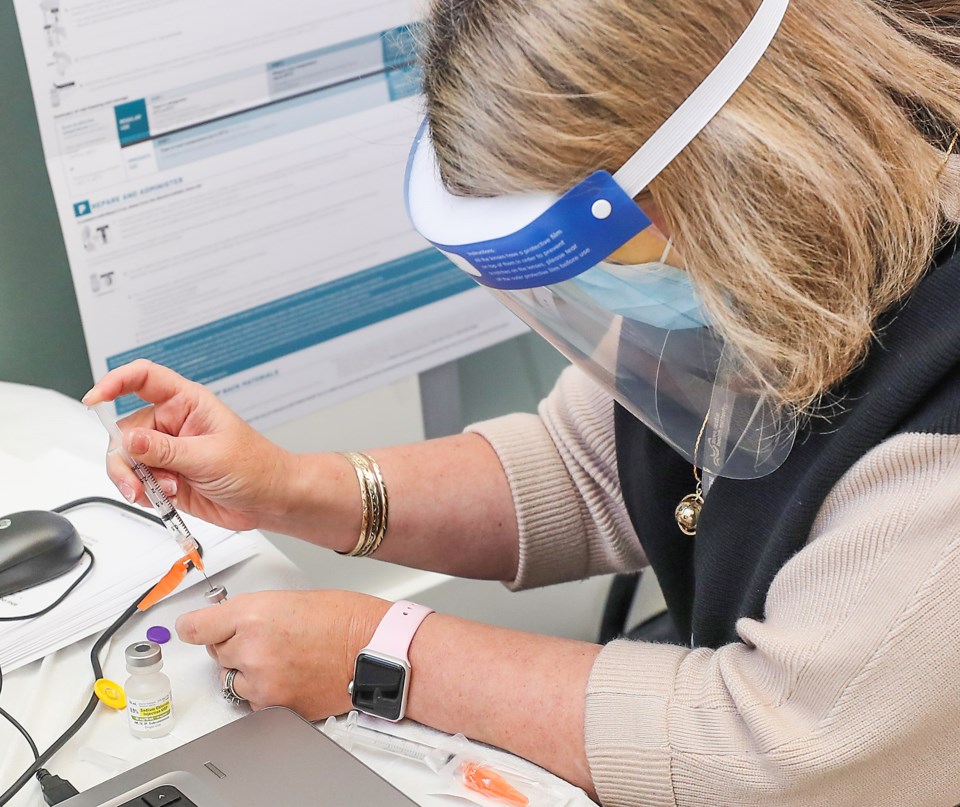 UPDATE: The province says anyone who had an AstraZeneca vaccine appointment will receive an email canceling that appointment and asking them to book a new appointment for either a Pfizer or Moderna vaccine.

Nova Scotia is pausing its use of the Oxford-AstraZeneca vaccine.

The viral vector vaccine has been linked to a rare blood clotting condition called vaccine-induced immune thrombotic thrombocytopenia, or VITT.

At a Wednesday briefing, the province's chief medical officer of health said the decision was made on "caution, science and the availability of alternative mRNA vaccines from Pfizer or Moderna."

"With the national and global concern around the serious side effect, VITT, it is the best solution to move people who were to get AstraZeneca to receive mRNA vaccines instead," said Dr. Robert Strang.

"As we move these bookings to Pfizer and Moderna as soon as possible, I ask for patience for those who will have their appointments cancelled, then rebooked. You will get vaccinated soon."

On Tuesday, Nova Scotia lowered the eligibility age for Pfizer or Moderna to include anyone aged 40 and up, which means anyone who qualified for an AstraZeneca vaccine now also qualifies for an mRNA vaccine.

Premier Iain Rankin said over 1,000 people have cancelled existing AstraZeneca appointments in favour of rebooking to get an alternative.

Nova Scotia has received 60,000 AstraZeneca doses, and as of the end of day yesterday, 57,576 people had received one.

Rankin said a decision on which vaccine those Nova Scotians will get for their second dose is still pending.

"There is a global study underway to determine if an individual who took their first dose of AstraZeneca can mix their second dose with either Pfizer or Moderna," he explained. "That is an important piece of science that we're awaiting.

Once the National Advisory Committee on Immunization has more information on that, Nova Scotia will follow its guidance. Strang said that could come by early June.

The province says anyone with any of the following symptoms after receiving the AstraZeneca vaccine should seek medical help right away or call 911 and say they have received the vaccine:

Those symptoms are most likely to occur between days four and 14 after receiving the AstraZeneca vaccine.