Despite reinstated restrictions, people travelling between the two provinces could see an exemption from the mandatory self-isolation
Jan 23, 2021 2:02 PM By: Chris Stoodley 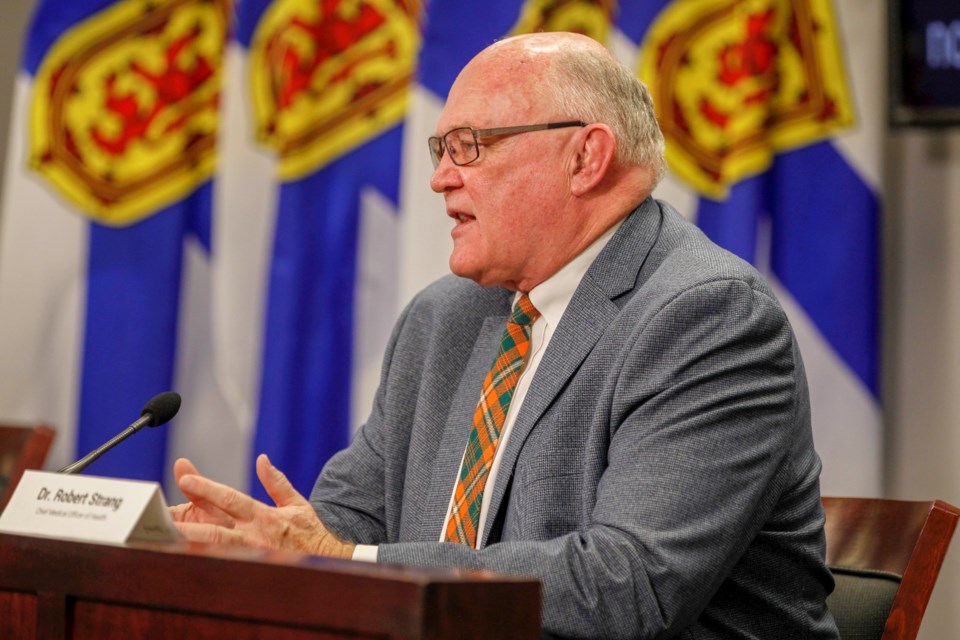 While Nova Scotia is in a second wave of the coronavirus pandemic, the province has created a travel protocol that will benefit those who must travel to and from New Brunswick.

But in a briefing, Nova Scotia’s chief medical officer of health Dr. Robert Strang said he recognizes there are people who live in Nova Scotia or New Brunswick who must frequently travel between the two provinces.

To help those people continue travelling between the two provinces, a new travel protocol will alleviate the mandatory 14-day quarantine.

“We need to let this kind of travel happen,” said Strang. “Otherwise, it becomes completely unmanageable for people to do what they need to do in their regular lives.”

The travel protocol applies to people who must travel on a regular, on-going basis between Nova Scotia and New Brunswick for work or school.

It also applies to anyone who must travel on a one-time or occasional basis to accomplish something essential that can’t be completed virtually for work, school or anything similar.

Those who fall under these categories can receive a pass from border officials to display on their vehicle.

However, the travel protocol doesn’t mean Nova Scotians or New Brunswickers who fall under these categories have free rein.

“You have an exception from the quarantine, but you’re expected to follow the travel protocol that will minimize the risk of you transmitting virus or being exposed to the virus by limiting yourself to others,” Strang said.

For instance, a Nova Scotian travelling to go to or drop someone off at a New Brunswick university must avoid close contact from others, use contactless services and, if staying overnight, must self-isolate in their accommodations.

When returning to Nova Scotia, the person must continue to avoid close contact with others and minimize travel outside of their home.

Those returning are also encouraged to take an asymptomatic test in the first few days they return. Anyone staying longer should also retest after around a week of being in the province.

Currently, Nova Scotia does not have restrictions with Prince Edward Island or Newfoundland and Labrador. Residents of those provinces can travel to and within Nova Scotia without a 14-day quarantine.

Moreover, residents of those provinces do not have to quarantine if they drive straight through New Brunswick to Nova Scotia with no or minimal stops.

Canadians outside of Prince Edward Island and Newfoundland and Labrador must self-isolate for 14 days when arriving in Nova Scotia.

However, those who’ve already self-isolated in Prince Edward Island and Newfoundland and Labrador but are residents of another province can still travel to and within Nova Scotia without quarantining.

Prince Edward Island and Newfoundland and Labrador have stricter restrictions.

For Prince Edward Island, anyone entering the province — including all Atlantic Canadians — must apply for pre-travel approval and self-isolate for 14 days.

While the Atlantic bubble has been temporarily suspended, Prince Edward Island’s participation is suspended until Jan. 25 while Newfoundland and Labrador will review its participation in early February.