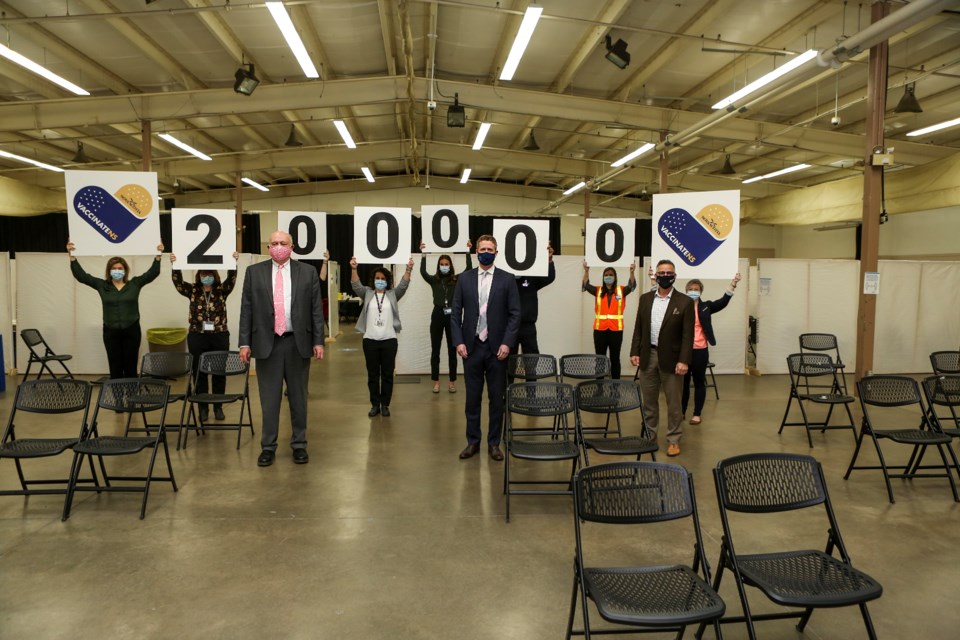 As some point today, the 200,000th dose of COVID-19 vaccine in Nova Scotia will be injected into someone's arm.

"This is monumental for our history and our province," stated Premier Iain Rankin at a Friday briefing.

As of the end of the day Thursday, 15.9 per cent of Nova Scotians have had one shot, while 3.7 per cent have had both doses.

Currently anyone over the age of 65 and older can book an appointment to get the Pfizer or Moderna vaccine and those between 55 and 64 remain eligible for the AstraZeneca shot.

"I want to provide my sincere thanks to all the staff and volunteers that are running clinics across the province," said Dr. Robert Strang at a Friday briefing. "You are providing a critically important service to Nova Scotians."

By May, the province is aiming to immunize 85,000 people each week, as long as the expected supply is available.

"Supply continues to fluctuate, but our system is designed to ramp up with more shipments coming," explained Rankin.

Strang said the province's vaccine plan is on track to give everyone who wants it their first dose by the end of June.

"Then the work to get everyone their second dose will begin," he stated.

Rankin said 96 per cent of health care workers have now received their COVID-19 vaccines. That number does not yet include Dr. Strang, however the chief medical officer of health said his appointment has been booked for next Tuesday.

In addition, Mayor Mike Savage and former premier Stephen McNeil have had their first doses. Both got the AstraZeneca vaccine on Wednesday.

"Thank you to the health care professionals administering the shots across our province and all those involved in the rollout," McNeil added.

Glad to get my first #AstraZeneca shot today joining many Nova Scotians who continue to benefit from our public health efforts #COVID19NS https://t.co/3ps2G5olk0 pic.twitter.com/ue8J8eQLtP