Those coming into Nova Scotia from our neighbouring province will still need to follow a modified self-isolation, depending on their vaccination status
Jun 22, 2021 4:58 PM By: Meghan Groff 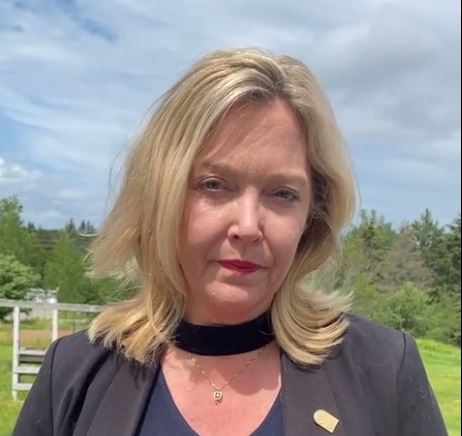 UPDATE: At 6 p.m. Tuesday, RCMP said Highway 104 is closed in both directions at Exit 7 near Thompson Station due to a protest of recent COVID-19 border restrictions.

Traffic is being diverted through Exit 7 onto Highway 4.

"The RCMP is asking the public to avoid unnecessary travel and to use caution driving in the area."

A Progressive Conservative MLA is threatening a shutdown of the Trans-Canada Highway over continuing travel restrictions for those coming from New Brunswick.

Nova Scotia was expected to lift the self-isolation requirement for all Atlantic Canadian visitors tomorrow morning.

Today the province announced, as of 8 a.m. Wednesday, travellers from Prince Edward Island and Newfoundland and Labrador will not have to self-isolate or complete the Nova Scotia Safe Check-in form.

However, due to New Brunswick allowing visitors from anywhere in Canada to enter without self-isolation restrictions, those coming into Nova Scotia from our neighbouring province will still need to follow a modified self-isolation, depending on their vaccination status.

People with two doses of COVID-19 vaccine have to get tested, then self-isolate until they get a negative result.

Those with one dose must get two tests and can leave self-isolation after seven days if they come back negative.

If an individual hasn't been vaccinated, they need to self-isolate for a full two weeks.

The rules also apply to Nova Scotians returning from the province.

The MLA for Cumberland North called the restrictions a slap in the face for her constituents and to New Brunswickers.

"The people living here are Nova Scotians and they deserve to be treated as such, and not come in at the 11th hour and once again disappoint," said Elizabeth Smith-McCrossin in a video posted to Facebook. "We've had enough."

"Premier [Iain] Rankin, you have until 4 o'clock today," she continued. "If you do not change your mind and allow the people of Cumberland and New Brunswick to see one another without self-isolating, the Trans-Canada Highway will be shut down and it will be shut down until you open that border for the families of Cumberland."

Smith-McCrossin said she would be joining others "who have had enough" at Exit 7 of Highway 104, which is near Thompson Station, between the Cobequid Pass and Oxford.

When asked about the threat of a blockade at Tuesday's COVID-19 briefing, Rankin said his priority is protecting Nova Scotians as we reopen.

"It was my hope to have all of Atlantic open. I proposed the date of June 23 and had agreement with two premiers," he said. "I wasn't able to get that full agreement from one of the premiers. Because of that, I need to make sure we're focused on the needs of Nova Scotians."

"It's regrettable that we're in this position where we have to have a little bit more of a requirement from people coming in from New Brunswick, but that's needed right now and we hope we're in a better place in the weeks ahead."