The Health Department said today on Twitter its web page has been temporarily disabled as a precaution
Mar 1, 2021 3:46 PM By: Canadian Press 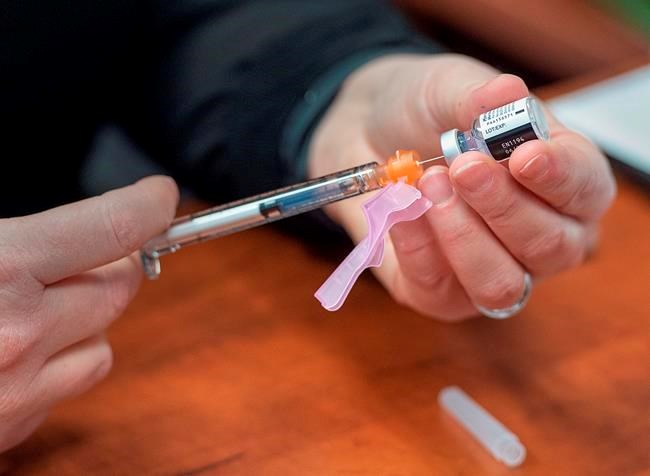 UPDATE: Nova Scotia Health now says the online vaccination booking site is back to normal. Those eligible (aged 80 and up) can also book via phone at 1-833-797-7772.

HALIFAX — Nova Scotia's COVID-19 vaccination-booking web page was taken offline Monday after it experienced technical issues the first day it opened to people aged 80 and over.

In a Twitter post earlier in the day, the Health Department said its web page had been temporarily disabled as a precaution after booking service CANImmunize reported a slowdown caused by high traffic to the site.

The department said CANImmunize was investigating and in the meantime, it said people who wanted to book an appointment could do so by telephone — although it said call volumes were also high.

By late afternoon there was still no word on when the website would be back in operation.

About 48,000 people in Nova Scotia are at least 80 years old and eligible to get vaccinated at a series of community clinics scheduled to open this month across the province. A prototype community clinic ran for four days in Halifax last week, and the plan is to open another 10 clinics.

The new clinics are to be held March 8 in Halifax, New Minas, Sydney and Truro; March 15 in Antigonish, Halifax and Yarmouth; and March 22 in Amherst, Bridgewater and Dartmouth.

The vaccination program will then expand to the next age group in descending order until everyone in the province is offered the chance to be immunized. The age groups will proceed in five-year blocks.

Meanwhile, health officials reported one new case of COVID-19 on Monday and a total of 35 active known infections. They said that as of Sunday, the province had administered 32,856 doses of COVID-19 vaccine, with 12,845 people having received a booster shot.

This report by The Canadian Press was first published March 1, 2021.