The cruise ship industry generally pumps around $165 million into our economy each year
May 29, 2020 1:27 PM By: Meghan Groff 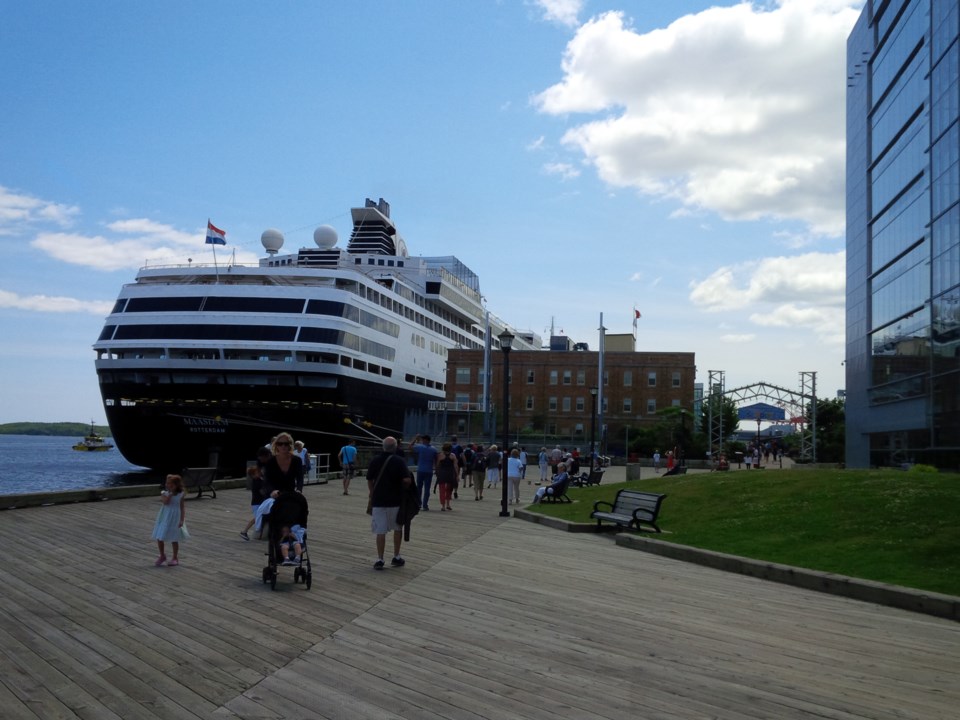 Transport Minister Marc Garneau says cruise ships with overnight accommodations carrying more than 100 people, including crew, will be banned from operating in Canadian waters until October 31.

Before COVID-19 ramped up, the Port of Halifax had been expecting a record-breaking season this year with 203 scheduled vessel calls carrying around 350,000 cruise guests.

Port spokesperson Lane Farguson is disappointed by today's news, but not surprised.

"We had been preparing, in terms of our finances, for the possibility that we wouldn't see a single cruise vessel this year," he said. "We were hoping we might be able to salvage something from the back end of the season.

September and October are the busiest cruise ship months in Halifax.

The federal government originally suspended the season until July 1. Because of that initial announcement, Farguson said some of the cruise lines had already decided to pull the plug on their planned visits.

"Up until this morning, we'd already lost a little over half of our scheduled cruise calls for 2020," he said.

The cruise ship industry generally pumps around $165 million into our local economy each year. That includes berthage fees, passenger tariffs, tours, and visits to local bars, shops and sites, along with supplies.

"Halifax is a full-service port, which means a cruise ship can call here and they can expect they can get fuel, replenish their water supply, or stock up on paper towels," Farguson explained. "Or, in a lot of cases, take on Nova Scotia wine and lobster to serve their guests while at sea in the Maritimes."

He expects it could take a few years to build Halifax's cruise ship industry back up to pre-COVID levels.

"We're going to have to work together to restore confidence in the cruise industry, and make sure people here in the region are excited once again to receive cruise vessel," said Farguson. "Hopefully we can start to do that for 2021."

Nova Scotia to collect information those who arrive from outside Atlantic bubble
Jul 6, 2020 3:55 PM

Province announces one new COVID-19 case Monday
Jul 6, 2020 12:53 PM
Comments
We welcome your feedback and encourage you to share your thoughts. We ask that you be respectful of others and their points of view, refrain from personal attacks and stay on topic. To learn about our commenting policies and how we moderate, please read our Community Guidelines.