The app does not collect personal or health information and does not know or track the location, name, or contacts of any user
Oct 15, 2020 11:44 AM By: Meghan Groff 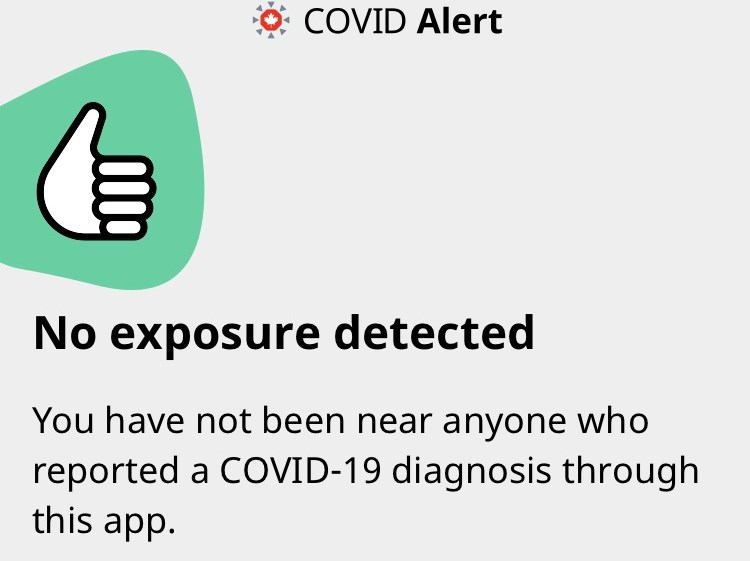 The province announced Thursday we can now receive exposure alerts on our smartphones through Health Canada's free app, which can be downloaded through the Apple or Google Play app stores.

The technology uses Bluetooth to exchange random codes with nearby cell phones.

If a user lets the app know they've tested positive for the virus, it will send an alert to other users who have been within two metres/six feet of that person for at least 15 minutes, letting them know they have potentially been exposed to COVID-19.

It also offers advice, like monitoring for symptoms, taking the online self-assessment if they begin to feel unwell, and more information about what to do next.

According to the Government of Canada, because the app doesn't use GPS, it has no way of knowing a user's location, name, address, contacts or personal health information.

Halifax privacy lawyer David Fraser has said he believes the technology does a good job of protecting communities without invading privacy.

At a briefing Wednesday, Dr. Robert Strang said the app should not be considered a COVID-19 "golden ticket."

"Use the app, but by no means should the app be used to replace all the public health guidance around staying physically distanced, stay in small social groups, use your mask, wash your hands, etcetera," said the province's chief medical officer of health.

"The app does not replace all the other public health measures out there. It's just one more little tool in the toolbox that together helps us control COVID."

Ontarians were the first to be able to report a positive diagnosis through the app.

Its use was expanded to New Brunswick, Prince Edward Island, Newfoundland and Labrador, Quebec, Manitoba and Saskatchewan before Nova Scotia signed up.

Premier Stephen McNeil said they wanted to monitor the results elsewhere before activating it in our province.

"We're confident with the app, that we have the capacity to deal with any increase in testing that will be required," he said.

Two new cases of COVID-19 announced in Nova Scotia Friday
Oct 30, 2020 3:08 PM
Comments
We welcome your feedback and encourage you to share your thoughts. We ask that you be respectful of others and their points of view, refrain from personal attacks and stay on topic. To learn about our commenting policies and how we moderate, please read our Community Guidelines.