'We're in the final steps of working out some of the legal and privacy issues,' Dr. Robert Strang said Tuesday
Oct 6, 2020 4:04 PM By: Meghan Groff 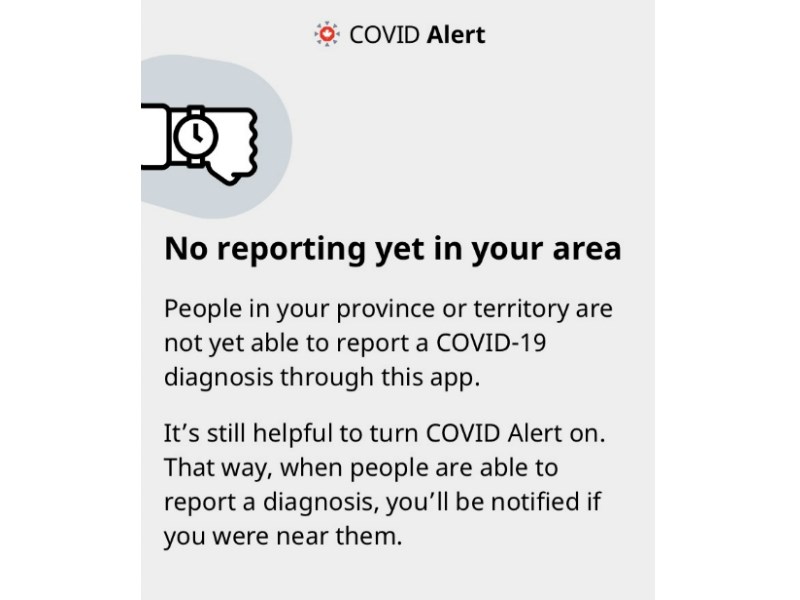 Nova Scotia is in the final stages of activating the federal government's COVID-19 Alert app.

The technology uses Bluetooth to exchange random codes with nearby cell phones.

If a user lets the app know they've tested positive for the virus, it will send an alert to any users who have been near that person, letting them know they have potentially been exposed to the virus.

"I don't have an exact date, but we're in the final steps of working out some of the legal and privacy issues, but we're very close to having that go live in Nova Scotia," said Dr. Robert Strang, the province's chief medical officer of health at a Tuesday briefing.

According to the Government of Canada, because the app doesn't use GPS, it has no way of knowing a user's location, name, address, contacts or personal health information.

Halifax privacy lawyer David Fraser has said he believes the technology does a good job of protecting communities without invading privacy.

Nova Scotians who have already downloaded it are greeted with a notification saying reporting isn't yet occurring in our area.

Ontarians were the first to be able to report a positive diagnosis through the app.

Its use has now been expanded to New Brunswick, Newfoundland and Labrador, Quebec, Manitoba and Saskatchewan.

P.E.I. plans to launch it on Thursday.