April is a significant month for observant Christians, Jews and Muslims
Apr 5, 2020 7:30 AM By: Michael Lightstone 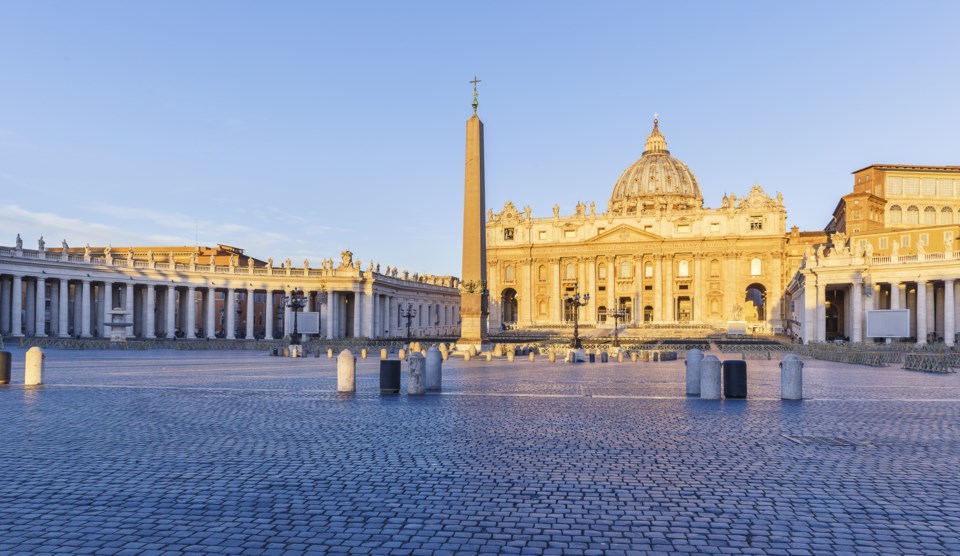 April is a significant month for observant Christians, Jews and Muslims. It’ll see the Easter holiday take place, as well as Passover and the start of the month-long Ramadan period.

Since religious authorities, worshippers and families are taking precautions to guard against the spread of the coronavirus, they’ll perhaps have to rely on unorthodox methods of following the tenets and traditions of their faiths.

In Vatican City, Pope Francis won’t be holding an Easter Sunday mass on April 12, in what would have been a packed St. Peter’s Square.

A multi-lingual decree about Easter and COVID-19 was issued by the Vatican last week.

In Nova Scotia, where the premier has declared a state of emergency due to the coronavirus pandemic, the Roman Catholic Archdiocese of Halifax-Yarmouth has declared religious services in churches to be off limits. That would include upcoming
Easter ceremonies.

A statement on the Archdiocese’s website says this: “As we continue to find alternate means to gather as the people of God, many priests have been livestreaming their private masses in order to unite us in prayer.”

A message for Anglican followers, posted online on March 25 by the Diocese of Nova Scotia and Prince Edward Island, says clergy and parish leaders should plan for a suspension of gatherings for at least two months.

“This will mean that our (Easter) observances . . . will need to take unconventional forms,” says the note from Archbishop Ron Cutler.

At other houses of worship, such as the New Horizons Baptist Church in Halifax, Holy Week services before Easter were customarily attended a year ago. The COVID-19 situation means “worship gatherings are suspended,” its website says.

Congregants and others can watch recent New Horizons services on the church’s website.

Passover this year begins on April 8 and Ramadan starts April 24.

In the Halifax region, “the Jewish community is taking this (coronavirus) crisis very seriously and have embraced social-distancing rapidly,” Naomi Rosenfeld, executive director of the Atlantic Jewish Council, said this week via email.

“For the last two weeks, we’ve been organizing a phone tree to make sure everyone in our community, especially those who might be older, immuno-compromised, or self-isolating, gets called and . . . the help that they need,” she told HalifaxToday.ca.

A seder – there are two during Passover in Canada – is a ritual meal usually attended by multi-generational members of a family. Travelling to be with relatives and close friends is common, but not this year.

Rabbis around the world have said virtual seders may be conducted by videoconferencing in the midst of this public-health turmoil, according to media reports.

In Halifax, the Atlantic Jewish Council has been providing community members with online updates on Passover food deliveries to grocery stores. “We ask that people only buy as much as they need, and do not overbuy,” a notice on the organization’s website says.

Another food-related item on the site says “a Jewish-owned restaurant in Halifax” has offered two Passover catering menus. The meals “are not being prepared under kosher supervision,” it says, and orders had to be placed before March 30.

“Many of our NSLC stores carry kosher-for-Passover wine all year round, so that has not been an issue,” said Rosenfeld.

Passover travel plans aren’t the only things that have changed because of the worldwide health crisis. Family seders will have to be small, and such routine components as displayed, shared dishes of ritual food might well be replaced by single servings.

Because traditional get-togethers will be avoided in the name of virus abatement, Rosenfeld said, “many (local) families are ... turning to videoconferencing so that they are able to celebrate this holiday with family and friends, virtually at least.”

She said she and her husband “will be conducting Passover seders in our apartment by ourselves this year.”

For the local Muslim community, the Ummah Mosque and community centre on peninsular Halifax are temporarily closed because of the COVID-19 crisis. That means communal Ramadan events and regular services have been shut down.

Ramadan is the holiest month for Muslims around the world. A Facebook message posted March 22 by the Ummah Mosque advised members to “prepare your own Mosque at home (and) gather your kids to pray together!”

The Islamic Association of Nova Scotia says on its website that mosques situated in Dartmouth, Truro and Pictou County have also been closed, “given the current unprecedented situation with COVID-19 infection and in accordance with the recommendations” from provincial public-health experts.

Nova Scotia’s directives under the state of emergency, and links to other resources, can be found here.

One new COVID-19 case announced Tuesday
Oct 27, 2020 11:48 AM
Comments
We welcome your feedback and encourage you to share your thoughts. We ask that you be respectful of others and their points of view, refrain from personal attacks and stay on topic. To learn about our commenting policies and how we moderate, please read our Community Guidelines.