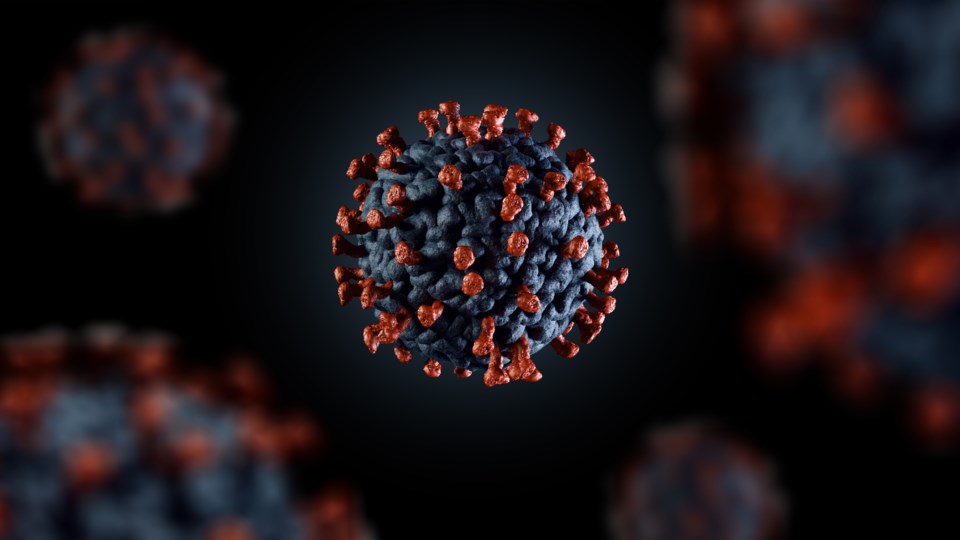 Health officials continue to respond to the rapidly evolving situation of the COVID-19 pandemic.

Many people have questions and there's a lot of misinformation on social media.

Answers have been edited for brevity and clarity.

Nova Scotia now has its first confirmed case of community spread, should we be concerned?

Dr. Lisa Barrett (LB):  We knew this was coming. I think it's the next part of the evolution of this pandemic in our province. It tells me that we're progressing and it was expected.  I don't think it means all of the measures we're taking are for naght, it actually means things are working because this community case would have been far earlier, most likely, if we hadn't been doing these things.

I'm aware that we're probably heading into a time when we're going to see more cases. But am I worried or fearful? I'm not as long as we keep doing all the right things.

And those right things are social distancing, self-isolation, washing hand and don't touch your face?

LB: You can rhyme them off now, but they truly are the reason that we're still at the number of cases we are and other provinces might not be. Our public health and government officials have been fairly early with putting in restrictions that have made life a little more difficult, but they seem to be working.

The whole 'step up and not out' idea has to stay with people and not go away. If we let it go at this point, we're going to be in trouble, but if we keep going forward with the staying at home part, it's really hard to get this virus.

Will homemade masks protect us?

I get that people want something that protects them, but there's a couple of things to remember. Number one, the virus doesn't jump. You can't get this unless you're touching a contaminated surface or you're within 6 feet of someone, so the distancing thing is more important than the mask.

We don't know the characteristics of these masks and people need to know they may or may not work when preventing droplets from getting to them.

The other problem is, if you take them off improperly and they're wet with droplets that have virus, you can contaminate yourself. It can act as a concentrator of virus and we don't want that. There can be harm in wearing them when you don't need them.

As we go through this pandemic, the guidelines for how and when to wear masks will change and they should change, but right now it's likely that wearing a mask improperly made out of an uncertified material is not going to provide you with much protection and may well give you a false sense of security.

The country's chief public health officer Dr. Theresa Tam says this is a critical time in Canada's COVID-19 response, why?

LB: It was about two weeks ago when we started to tell people very definitely to stay at home, we weren't just suggesting that people stay at home. If the number of cases is less than expected, that means we're doing something with all of these measures. It takes 14 days to see the effect because it takes 14 days for the virus to incubate. That's why she's talking about this week being a really important week in trying to figure out how we're going to proceed in Canada with this outbreak.

We've seen some double-digit daily increases in COVID-19 cases, how do we compare to other jurisdictions?

LB: We are a couple weeks behind some other provinces in terms of when we started to see an increase in cases. Because we're starting to see more people testing positive, it does means we probably have more of the virus in the community. When I look at the trend, I see it going up, but I don't see it going up as quickly as we would have expected were we not doing anything at all. We would be starting to head into a time where we'd start to see the doubling of cases, and we're not seeing that per day yet.

I think what that tells us is keep going, keep doing that really important distancing from each other, which is so important for preventing the spread. We are behind the other provinces so we still have a couple of weeks to go yet before we're going to know in which direction we're going. I still think it's going to be an important and significant outbreak in this province, but I think we've made some good strides in making sure it's not a catastrophe.

The United States now has the highest number of positive cases and it's thought over 100,000 Americans could die, are you alarmed by that?

LB: I have a lot of colleagues who still work in the U.S. and certainly it's been very tough for them and the people around them, so I feel for them.

As for if the U.S. will be a problem for Canada? As long as week keep doing what we're doing right now, we should be able to maintain the benefits we've seen. But it's only a border so if we start to get lax, I think we could see significant difficulty given the number of cases in the U.S.

With the weather warming up, how do we continue emphasizing that we can't relax restrictions?

LB: This only works when each person is doing their part. Governments can say what they want, but the real power is with each person to stay away from others, handwashing, don't touch your face and wash surfaces. If we can't do that or we relax too early, we will start to see this virus come back and we'll have a late spike. It's going to be an ongoing challenge. It's a hunker down mode and we're going to have to see this as a new way of life. It's your new job to stay away from people and prevent viral spread for the next couple of months.

It seems like most people are following the rules, but what message do you have for the "reckless few" who continue to ignore them?

LB: I'm pretty proud of the fact I'm in Nova Scotia and people are doing what they need to do for the most part but I don't discount the reckless few. They have the potential to take down this pretty tenuous house of cards that we've made. So far it's stable but one of the reckless few on the bottom of that pyramid can bring us tumbling down.

This is not hard, this is not risky work, we're just asking you to stay at home. If you can do that for a few months, you'll be doing yourself and everyone around you a favour. It's the easiest way to be a big contributor to society right now.