An airport spokesperson estimates three-quarters of the services Halifax had at the start of the pandemic are now gone
Dec 8, 2020 4:19 PM By: Meghan Groff 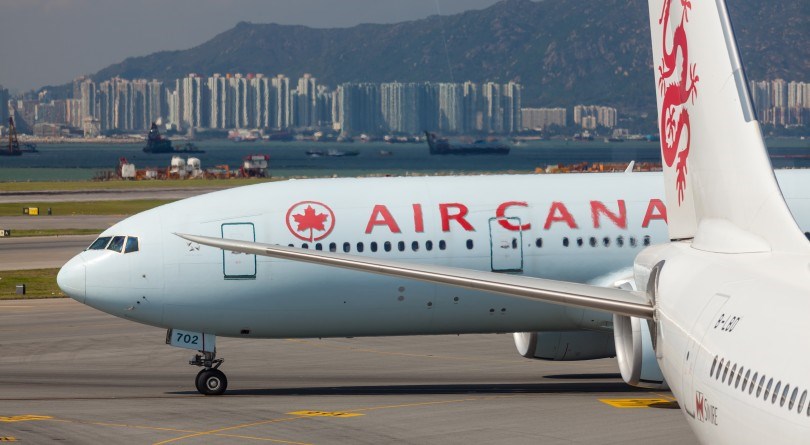 The last time you went to the airport, it was probably a bustling place with a packed parking lot and many people lined up to go through security, or crowded around the luggage carousel.

That's no longer the case.

As we approach what would normally be a busy holiday season, the facility is fairly quiet and empty, and the situation is about to get even worse.

Air Canada has announced it will be suspending two more routes in and out of Halifax.

As of January 11, flights between Stanfield International and both Deer Lake and Ottawa will be temporarily cancelled. It's expected the status of those routes will be evaluated after a month.

"Anyone who works for the federal government, including MPs, will be affected by that because WestJet had already pulled service [to Ottawa], so Air Canada was the remaining airline to service Ottawa," explained Halifax Stanfield International Airport spokesperson Tiffany Chase.

The airline was also the only option left for those heading to Deer Lake.

Chase estimates three-quarters of the services Halifax had at the start of the pandemic are now gone.

"We were connected to 46 destinations across Canada, in the U.S. and internationally in 2019," she told HalifaxToday.ca. "Once these cuts go into place, we'd be looking at being connected to just about six domestic destinations. We currently don't have any U.S. or international flights operating."

Halifax's airport is only seeing about 10 per cent of the traffic it had in 2019, which has resulted in a number of closed businesses and lost jobs.

Air Canada will also be cutting all flights to Sydney and Saint John in January, and cancelling flights between Toronto and both Fredericton and Charlottetown.

The company said ongoing travel restrictions, quarantine rules, low seasonal demand and the termination of the travel bubble have all contributed to a significant reduction in demand for flights.

"This decision was not taken lightly and we regret the impact on our customers and community partners, but it is increasingly difficult to continue to operate in this challenging environment, without specific financial support from government, with whom continue to wait for negotiations to start," the airline said in an emailed statement to HalifaxToday.ca

"Air Canada is still carrying less than eight per cent of its normal passenger volumes due to factors beyond our control and with no horizon for recovery."

In a news release, the president of the Atlantic Canada Airports Association said the industry can't continue to operate in these conditions.

"We are seeing the worst-case scenario playing out here today," said Derrick Stanford, who is also the CEO of Saint John Airport.

"This will have a huge impact on our region's economy, on the ability of families to reconnect, on the movement of essential workers, and on airport employees and businesses."

The association's executive director, Monette Pasher, added Atlantic Canada will continue to feel the effects of these cuts for years to come. Although the airline industry was mentioned in last week's fall economic statement, she says more help is needed.

"There was not enough support for medium size or large airports and no news for air carriers other than the wage subsidy support," she stated.

Pasher would also like to see COVID-19 testing pilot programs expanded to airports in the Atlantic region.

Chase said Stanfield International would be happy to participate.

"So anything we could do to increase the amount of information we have about this virus and where it is in our communities, we feel that could be helpful so we would welcome having testing in our facility."

Even though the first doses of Pfizer's COVID-19 vaccine are expected to arrive in the province next week, at a Tuesday briefing, Dr. Robert Strang said it could be next fall before all Nova Scotians have a chance to get immunized.

He added there's also the potential for a third wave of infection.