The first cohort of applicants who signed up in April are set to soon max out their payment period in early July
Jun 16, 2020 3:02 PM By: Canadian Press 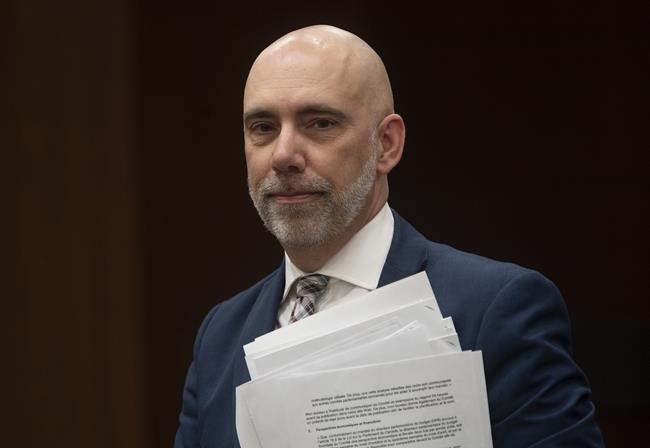 OTTAWA — Prime Minister Justin Trudeau says his government's signature benefit for people whose jobs have vanished amid the COVID-19 pandemic will be extended by eight weeks.

The Canada Emergency Response Benefit has paid $500 a week for a maximum of 16 weeks depending on when people signed up for the help either because they lost their jobs or saw their hours drastically slashed due to the pandemic.

The first cohort of applicants who signed up in April are set to soon max out their payment period in early July, with worries some wouldn't have jobs to go back to and others unable to work due to health reasons.

Trudeau says the economy is recovering from the mass closures ordered to fight the spread of the novel coronavirus, but there's a long way to go.

He says that the government will look at international best practices to determine what further changes will be needed.

An extension will add to the cost of the benefit, which has already paid out $43.51 billion as of June 4 and carries a budget of $60 billion.

The parliamentary budget officer in a report last week estimated that extending the maximum number of weeks from 16 to 28, and extending the program through to January 2021, would cost about $57.9 billion.

Trudeau didn't provide a spending figure today, but says the government's hope is that fewer people will need the CERB as restrictions ease and businesses reopen.

Extending the CERB has been a demand from the New Democrats in exchange for the party's support for the minority Liberals in an upcoming confidence vote.

The supplementary spending estimates detail roughly $81 billion in already approved spending and about $6 billion more in measures MPs are set to vote on.

But budget officer Yves Giroux notes in a report this morning that a number of measures promised by the government aren't included because they don't come out of what's known as the consolidated revenue fund.

Left out of the estimates are cost details on the $45-billion wage-subsidy program delivered through the tax system, and a loan program to small- and medium-sized businesses that will open applications to a wider number of companies on Friday.

"While these supplementary estimates include a significant amount of the spending announced by the government in response to the global pandemic, it does not include all of the planned spending," Giroux writes.

"Thus, it does not provide parliamentarians with a complete picture of how much the government will spend on COVID-19 response measures."

Giroux warns it will be difficult to get answers about the estimates from federal officials because MPs will only debate the estimates for four hours under a deal agreed to last month by a majority of MPs.

The Conservatives and Bloc Quebecois have been demanding more transparency from the government around its spending and fiscal projections.

Only one active case of COVID-19 in the province
Aug 9, 2020 10:27 AM
Comments
We welcome your feedback and encourage you to share your thoughts. We ask that you be respectful of others and their points of view, refrain from personal attacks and stay on topic. To learn about our commenting policies and how we moderate, please read our Community Guidelines.