Getting cozy in the cold: Winter camping at Norse Cove 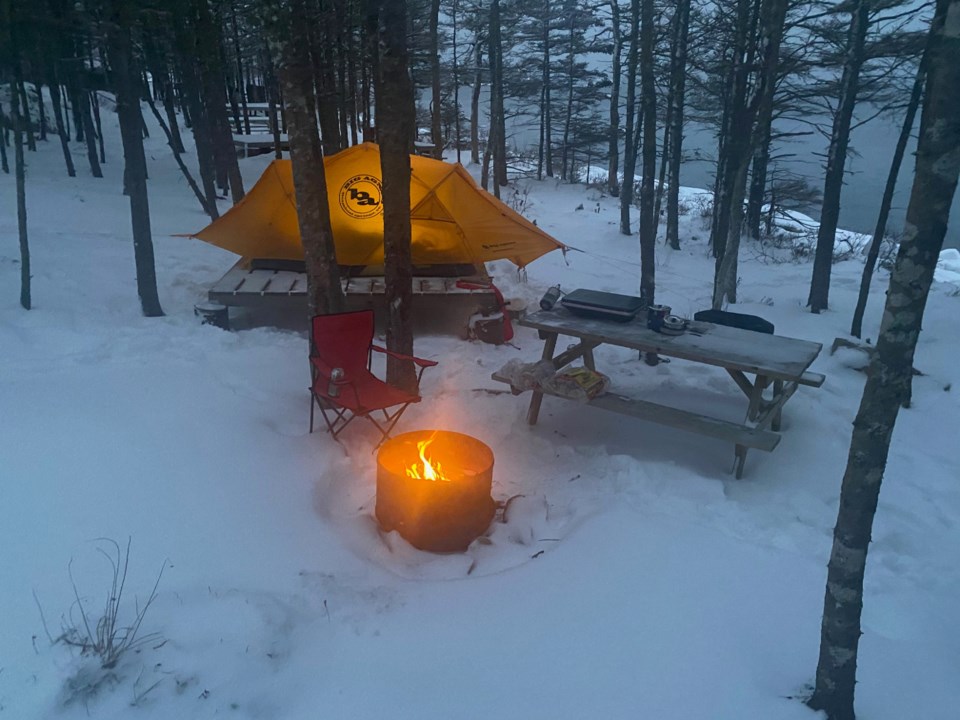 Camping in the winter may sound harsh, but if properly prepared for it can be comfortable and a great opportunity to experience a different side of nature.

Norse Cove on the Eastern Shore is one of three campgrounds in Nova Scotia that welcomes campers year-round. It has tent sites available for winter’s most adventurous, as well as micro-cabins and RV sites for those still warming up to the idea.

Kim Putinta and her husband own the oceanside campground and says they are pleased to offer Nova Scotians a place to enjoy nature around the clock in the winter.

“The season just seems too short if you stick to the May to Labour Day,” says Putinta. “We thought we were here anyway, so why not be open.”

Putinta says the key to cold-weather camping is being prepared, especially when it comes to your clothing.

“There is no bad weather, there are just bad clothing choices,” she says.

Putinta says the most effective way to stay warm is to wear multiple layers that can be removed or added depending on activity and conditions. She suggests Merino wool as a base layer, and a shell for the outermost layer that can protect against wind, snow and rain.

Warm boots are also a must.

In addition to all regular camping gear, Putinta says it is also essential to have an insulated sleeping bag with an appropriate temperature rating, and a three or four-season tent.

“My top tip would be to show up and set up early before it gets dark, because it does get dark earlier,” she says. “And stay active, find some things to do to keep your body moving.”

Twenty kilometres east of Norse Cove is Taylor Head Provincial Park, which Putinta says is a beautiful place to explore in the winter.

“They drop the gate in December so the whole road going all the way down that park which is a peninsula going out through the Wild Islands is used for cross country skiing and snowshoeing,” she says.

Putinta says Norse Cove has been much busier this winter than those in previous years.

“I think the pandemic has led to people finding other things to do, so if you can’t go to Cuba or something for the winter than why not pick up some decent camping gear and enjoy your backyard,” she says.

Brittany Hill is the creator of the Facebook page Winter Camping in Nova Scotia, which since launching in January has gained more than 1,400 followers.

Hill says she didn’t expect there would be so much interest in the page.

“I figured at most I would gain maybe 200-300 members, have a small little community of like-minded people who would like to join me on winter camping expeditions,” says Hill.

The first organized group camp was mid-February at Norse Cove. Hill says there were about 25 participants.

“I’ve been to Norse Cove a few times now, and it is a great spot for winter camping,” she says. “The platforms are the perfect size for a little all-season tent and the Nordic Huts are great for first time winter campers and children.”

Hill says her friend Danielle Drake inspired her passion for winter camping. Drake is also an admin of the Facebook page, and says the camping season never ends in her books.

“I can’t really choose a season I like the most because they all have their advantages,” she says. “Winter camping is peaceful and quiet, and when there’s fresh snow it just looks beautiful.”

“But the best part, is no bugs of course.”