Extend the hiking season by strapping on some snowshoes

HRM offers free snowshoe rentals at many of its recreation centres
Feb 15, 2021 1:44 PM By: Katie Hartai 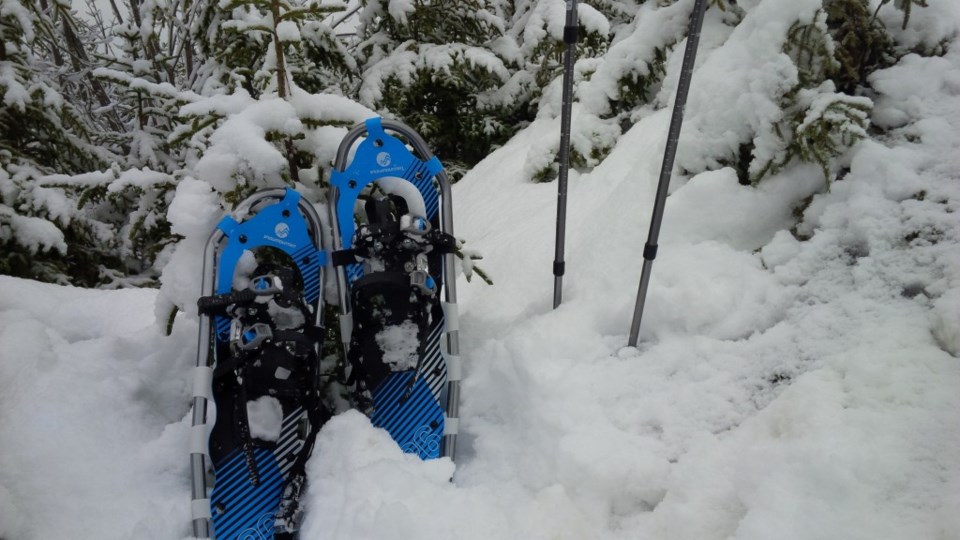 If you enjoy hiking, snowshoeing may be the winter activity for you.

Snowshoes have been used to walk across deep winter snow for thousands of years, and now a growing number of people are seeing them as an opportunity to enjoy outdoor adventure year-round.

It’s as easy as putting one foot in front of the other, according to Sara MacIsaac with Dashboard Living.

MacIsaac is an Atlantic Canadian travel ambassador, who has been exploring the trails of Nova Scotia for more than 20 years. She recently led a popular Intro to Snowshoeing webinar on behalf of Hike Nova Scotia and The Trail Shop.

“It allows us to explore more of our province from a different perspective,” she says. “We all see it quite well I think in the summer and fall when people are out hiking, but in the winter, it is a completely different experience and I would argue even more beautiful.”

Snowshoeing can be tailored to match abilities and interests. This means it can be as simple as a leisurely walk at Point Pleasant Park, or as intense as a backcountry hike in the Cape Breton Highlands.

“For me, snowshoeing is a way to extend the hiking season,” says Sara MacIsaac. “In the months you can’t put boots on the ground, you can put some snowshoes on and still make it happen.”

There are two essentials for the activity: a pair of snowshoes and the at least six inches of the white stuff. While not necessary, hiking poles are helpful according to MacIsaac, and she suggests bringing a pack with water and snacks.

“It is really accessible for most people if you can walk you can snowshoe,” she says. “There isn’t a tonne of barrier to entry in terms of equipment, skill level, and capability.”

Snowshoes have more surface area than boots alone and prevent you from sinking in the snow by spreading out your weight. It’s very important to have snowshoes that are appropriate for your weight and activity.

Hike Nova Scotia has an online guide with more than 65 locations of where you can rent or buy snowshoes. About half of the listings have free borrowing programs.

The organization’s executive director Janet Barlow says snowshoeing is good exercise as it requires you to raise your knees higher than regular walking and your stance is a little wider.

She says it’s also a healthy break for your mind.

“Being in nature is a known stress-reducer, think of it as green therapy,” she says. “And any kind of physical activity is known to have a positive effect on mental health as well.”

Hike Nova Scotia has several guided hikes and snowshoeing events scheduled across the province in February that are free or low cost.