'My favourite waterfall is the next one I'm going to see,' says adventurer and author, Benoit Lalonde
Apr 12, 2021 1:44 PM By: Katie Hartai 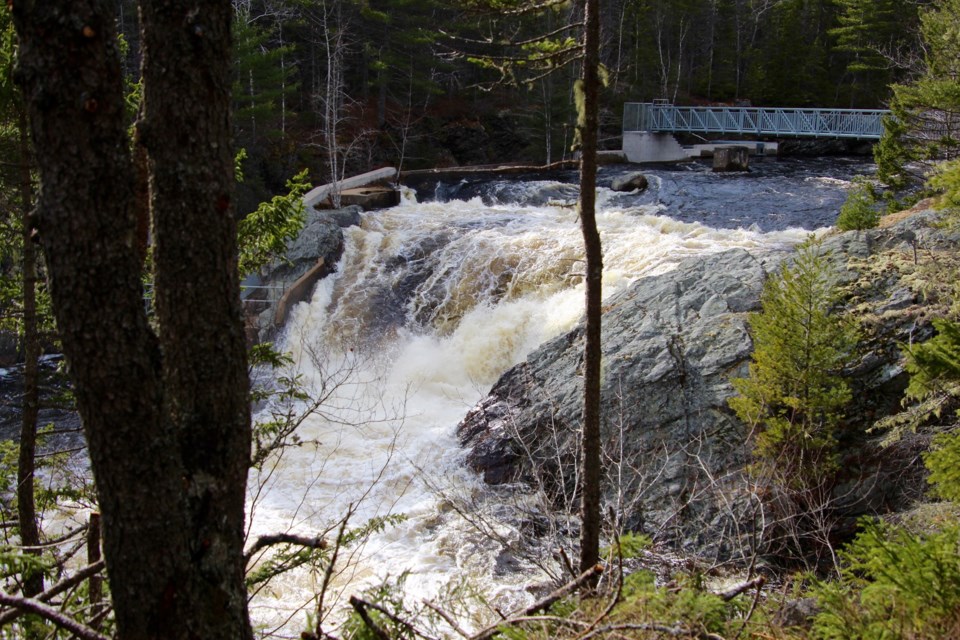 Indian Falls in Newburne was designated as a municipal park in 2004 (Photo: Katie Hartai/HalifaxToday).

Nova Scotia is blessed with hundreds of unique waterfalls throughout the province.

Adventurer and author Benoit Lalonde says it’s impossible to choose a favourite from the more than 800 he figures he has visited.

“I always say my favourite waterfall is the next one I'm going to see,” he says.

Lalonde’s book Waterfalls of Nova Scotia: A Guide was published in 2018 following many hours spent searching for waterfalls in the four corners of the province.

The self-described “waterfall addict” says he got into the hobby as a way of pursuing a different experience in the outdoors.

He explains the sense of accomplishment associated with discovering new waterfalls.

“Not only do you get to hike in the woods and get outdoors but there is this treasure at the end,” he says.

While Lalonde is an advanced hiker, he emphasizes the importance for other waterfall explorers to start small with trails that match their fitness and comfort levels.

“The waterfalls in this province, the difficulty level to reach them, range from super easy roadside falls to very extreme, you-must-know-what-you’re-doing waterfalls,” he says. “Evolve into it.”

An easy-to-access waterfall in the Halifax Regional Municipality is Beaverdam Brook Fall in Long Lake Provincial Park. It’s a tiered waterfall and about five metres tall, which makes it one of the highest in the Halifax-area.

“Where it flows into Long Lake it creates this nice fall, it’s not super tall but it is very scenic and unexpected,” he says.

Indian Falls is another waterfall for beginners and is located inland from the Lighthouse Trail on the South Shore. The slide waterfall has a height of about 14 metres and can be viewed a short walk from the parking lot.

“A short walk on a well-maintained trail through a stand of mature softwoods leads to the magnificent drop of the Indian Falls,” writes Lalonde in his book.

To commemorate the Municipality of the District of Lunnenburg’s 125th anniversary in 2004, Indian Falls was designated as a municipal park.

In Cape Breton, Lalonde suggests beginners head to St. Columba Falls which sits in the Cains Mountain Wilderness Area. The waterfall leaves the rock face for about six metres then cascades down another three metres to a moderately deep pool.

“They are near Iona which is smack in the middle of the island,” he says. “It is gorgeous falls and couldn’t be easier to reach at about 100 metres from the road.”

“There’s been an explosion of people outside, which is great, but of course that takes its toll,” he says. “If one person decides to throw their lunch on the ground or do graffiti it ruins it for everyone else.”

Exploring waterfalls requires planning and preparation. Lalonde encourages adventurers to have a good understanding of the area before heading out, as well as a compass, map, water and food, and at least one other person when possible.

Interested in learning about more Nova Scotian waterfalls? Pick up a copy of Lalonde’s guide from a local bookstore.