ST. JOHN'S, N.L. — A summer baby boom in the long-struggling George River caribou herd in Labrador and Quebec has led to an increase in population numbers — its first in more than 25 years.
Oct 15, 2020 5:46 PM By: Canadian Press 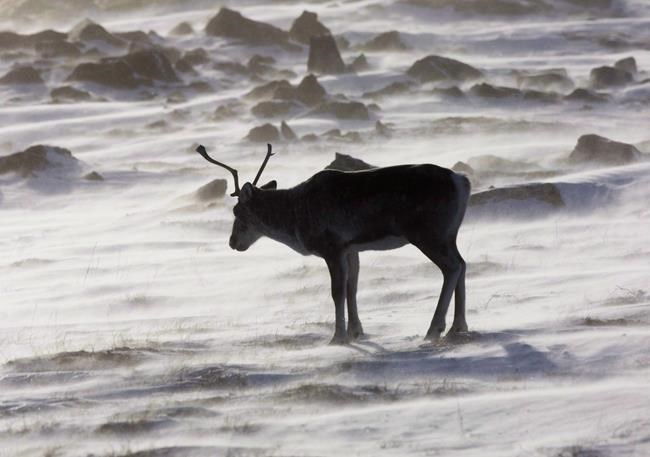 ST. JOHN'S, N.L. — A summer baby boom in the long-struggling George River caribou herd in Labrador and Quebec has led to an increase in population numbers — its first in more than 25 years.

A population census released Thursday by wildlife officials in Newfoundland and Labrador and Quebec estimates the herd's population to be 8,100 animals, up from 2018's estimate of 5,500 animals. It’s a big gain, but a far cry from the herd’s historic high of more than 750,000 animals.

“When we were informed last week, it was hard to contain myself,” said Gregory Flowers, minister of lands and natural resources with the Nunatsiavut government, Labrador's Inuit government.

Hunting the George River herd has been banned since 2013. Before then, the annual days-long caribou hunt was an important source of food for the Inuit along Labrador’s north coast, Flowers said in an interview.

“Every man and young man looked forward to learning the hunt for the caribou,” he said. “The herd meant everything to us.”

It’s not yet known why the herd began to disappear, he said, and the ban was devastating. “But the numbers were just decreasing to a point that we thought there was never going to be a recovery of these animals.”

The numbers released Thursday show calves now make up 35 per cent of the herd, with a healthy female population supporting them. It’s the calves, most of them born in June 2020, that are driving the spike in numbers, Newfoundland and Labrador director of wildlife Blair Adams said in a presentation accompanying Thursday’s census release.

Calves have a much higher mortality rate than adults, and their survival through the winter will be a main determinant of whether herd numbers continue to increase, Adams warned.

Both Adams and Flowers said the hunting ban should remain. “We can’t hurry up and jump the gun and say that we’re going to harvest the George River caribou. It don’t work that way,” Flowers said. “If we respect the caribou, respect the ban, I think it’ll be great for all Indigenous people in the future.”

This report by The Canadian Press was first published Oct. 15, 2020.

Note to readers: This is a corrected story. A previous version mistakenly named the minister of lands and natural resources as George Flowers.

Trudeau names former Liberal MP Rodger Cuzner as new consul general in Boston
Oct 30, 2020 11:38 AM
Comments
We welcome your feedback and encourage you to share your thoughts. We ask that you be respectful of others and their points of view, refrain from personal attacks and stay on topic. To learn about our commenting policies and how we moderate, please read our Community Guidelines.