The question looming over N.L.'s winter pandemic election: Will anyone vote? 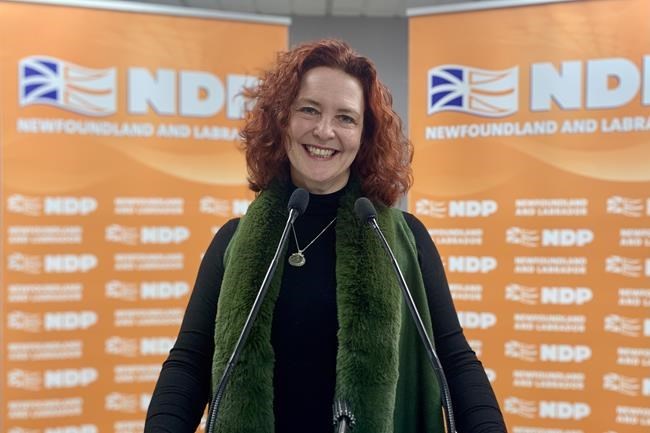 Balancing that budget, which includes a $1.84-billion deficit and a projected $16.4-billion net debt, is a "laudable aim," Coffin said. "Our primary concern, though, is to ensure that the services are available for individuals." Part of the services she promised is a dental plan for seniors across the province.

Progressive Conservative Leader Ches Crosbie also said he didn't intend to balance the province's budget over the next four years. "We know we have a terrible debt situation. We know we have a large deficit," he told reporters on Monday in St. John's. "But what's more important right now is job creation, which creates the wealth, which pays the taxes to lower the deficit."

Coffin also stressed her support for what she called a "living wage," beginning with a $15 minimum wage. She dismissed concerns from employers who say small businesses can't afford a hike in the province's $12.15-an-hour minimum wage, saying an increase would put more money in workers' pockets, who she said would spend that money in the local economy.

Both the Progressive Conservatives and the NDP have expressed dismay with the timing of Newfoundland and Labrador's election, the fourth in Canada during the COVID-19 pandemic. Liberal Leader and incumbent Premier Andrew Furey called the election on Friday, as a snowstorm howled outside the glass doors of the provincial legislature.

Coffin told reporters Monday that people in her downtown district are concerned, not only about COVID-19, but about slips and falls on the notoriously icy streets of St. John's. "I think mail-in ballots will be really important," she said.

Voter turnout in the other three provincial elections has been mixed: numbers held steady compared to previous years in New Brunswick and in Saskatchewan, but they fell significantly in British Columbia.

In an interview Monday, NDP campaign communications director Jean Graham said her team has been taking notes from those elections. "They spent a lot of time, rather than talking about the party, but in explaining to people how to use the mail-in ballots," Graham said. The NDP team will be thoroughly prepped and ready to do the same, she said.

With more snow forecast for later in the week and throughout the weekend, Shawn Skinner, the Progressive Conservative's campaign chair, is worried the party will lose a few key, door-to-door campaigning days. He, like Graham, is also worried there will be a snowstorm on election day, Feb. 13, and that those who didn't make it to the mailbox will just stay home.

"I'd be calling and talking to people about advance polls and special ballots — the more I could get into the box before election day," Skinner said in an interview Monday. "That's what I'm encouraging our candidates to do."

Meanwhile, Furey was in Corner Brook Monday morning, announcing a commitment to improve long-term care for seniors. He defended his decision to call an election.

"Life is different, this is going to be different, but democracy will continue," he told reporters. "We've shown we can do it nationally with three provincial elections that were held … in jurisdictions with far greater COVID (numbers) than we have here."