Some homes in a New Brunswick community experience spring flooding 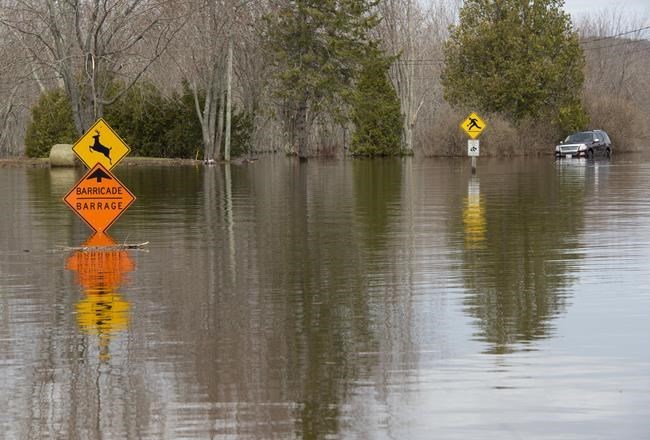 Geoffrey Downey, a spokesman for New Brunswick's Emergency Measures Organization, said at least one home had more than a foot of water in the basement.

The flooding in the community about 120 kilometres east of Fredericton follows warm temperatures and heavy rain that lashed the province on Monday.

Downey said there was less rain than expected, and at this point there are no ice jams in the St. John River, so only one location is expected to reach flood stage this week.

That's the village of Gagetown, east of Fredericton. The community of St-Hilaire, near Edmundston in the province's north had also been expected to see flooding, but the new forecast now calls for the water levels to remain just below flood stage.

"For the short term, it appears to be returning to the perfect kind of weather that we want — just above freezing during the day and back below freezing at night, and no rain," Downey said.

"As long as we can keep those conditions, we should be all right."

Downey said there is about 50 centimetres of snow in the north of the province that still needs to melt.

"Aside from yesterday's rain, we've been getting really favourable weather, but that can turn on a dime. We are asking people to remain informed," he said.

"Families who have had to evacuate in the past, still might. So they need an evacuation plan and need to sustain their needs for a minimum of 72 hours."

Premier Blaine Higgs said Tuesday that unlike in the past when many evacuees would simply stay with friends and family, that can't happen this year because of the need for social distancing.

Higgs said he was hoping for the best scenario this year.

"We do feel that the flooding situation is not going to be anywhere near what we have seen in the last two years. In fact we're expecting normal conditions, but that's too early to tell given potential ice jams," he said.