ST. JOHN'S, N.L. — A review of statues that commemorate colonizing figures in Newfoundland and Labrador's history has reignited criticism of "discovery" narratives glorified in the province's culture.
Jun 16, 2020 1:56 PM By: Canadian Press 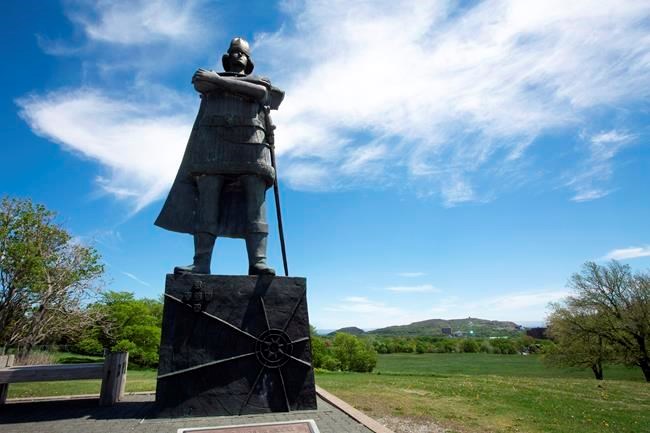 ST. JOHN'S, N.L. — A review of statues that commemorate colonizing figures in Newfoundland and Labrador's history has reignited criticism of "discovery" narratives glorified in the province's culture.

There have been renewed calls from politicians, Indigenous leaders and many residents to put an end to "Discovery Day" — a provincial holiday celebrating John Cabot's 1497 arrival that falls on the Monday nearest June 24.

City councillors in the provincial capital voted two years ago to refer to the holiday as "St. John's Day," but the province has yet to make a similar change.

In a statement, Russell said the "discovery" narrative borrows from the so-called doctrine of discovery, a historical legal concept used to rationalize the theft of Indigenous land. He said discontinuing the holiday would be a positive act of reconciliation during a worldwide movement against systemic racism.

"The time has come to rid our society of these symbols of colonization and oppression," Russell said.

"Ending the observance of Discovery Day is an opportunity to contribute to reconciliation and correct the narrative about the history of Indigenous Peoples in this part of the world."

Russell's statement echoed discussions in the legislature and on social media as residents reflect on the racist legacies embedded in the province's historical narratives.

Statues commemorating Confederate generals, colonizing explorers and others with a history of racism and oppression have been toppled and defaced around the world in recent weeks, and Newfoundlanders and Labradorians have drawn attention to one controversial figure standing in the capital city.

The statue across from the provincial legislature depicts Portuguese explorer Gaspar Corte-Real, who kidnapped 60 Indigenous people as slaves during a 1501 expedition, according to records cited on the Heritage Newfoundland and Labrador public history website.

In response to questions about the Corte-Real statue, which has been criticized as inappropriate for years, Premier Dwight Ball told reporters last week that his government will review all monuments and statues in the province to ensure they align with modern-day values.

"I think we must be open for change," Ball said last Thursday.

He said his cabinet secretariat has been directed to start the process that will seek input from historians and the public.

The Corte-Real statue was a gift from the Portuguese government in 1965. A plaque at the site says the navigator "reached Terra Nova in the 15th century — at the beginning of the era of the great discoveries."

Kelly Anne Butler, Indigenous affairs officer at Memorial University of Newfoundland's Grenfell campus, said Corte-Real is a "typical type of character" in European explorer narratives that are found in place names and statues across the province.

The prominence of these stories is hurtful to Indigenous people aware of the violent histories associated with such figures, Butler said, and it keeps all residents ignorant of the area's complete history.

"It continually reinforces that history started with Europeans. Of course, we know that that's not true, but that's not what is memorialized," she said by phone from Corner Brook.

Butler said the review of monuments should be done with the participation of Indigenous people and other diverse communities. However, she also noted that quick decisions are often more effective at removing monuments than long review periods, citing Halifax City Council's relatively speedy decision to remove a statue of founder Edward Cornwallis in 2018, before embarking on a wider review of his legacy.

She said the current moment could ideally serve as an opportunity to discuss lesser-known histories in Newfoundland and Labrador, if people are willing to have uncomfortable discussions about mainstream narratives.

"There's an unwillingness to acknowledge that what has been memorialized over time is of a very particular outlook, or lens, and it's usually very colonial," she said.

In an interview from Happy Valley-Goose Bay, Russell said a review of monuments has potential as a healing, educational moment — if it's done right.