TRURO — A Nova Scotia judge is giving two people alleged to have facilitated the cyberbullying of parents of a missing boy time to consider seeking legal counsel.
Mar 2, 2021 4:02 PM By: Canadian Press 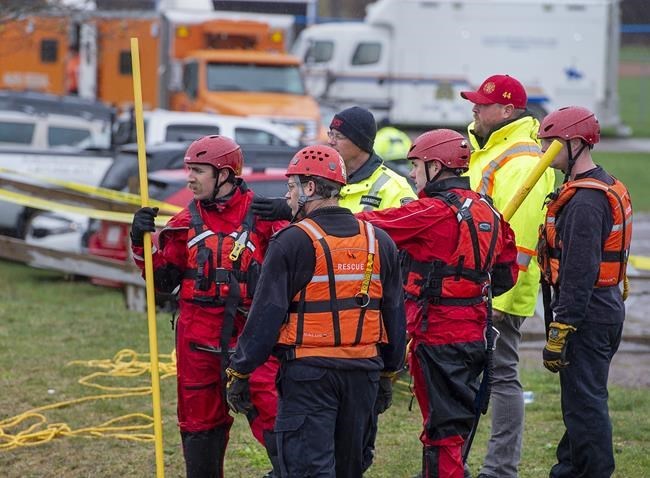 TRURO — A Nova Scotia judge is giving two people alleged to have facilitated the cyberbullying of parents of a missing boy time to consider seeking legal counsel.

Jason Ehler and Ashley Brown, the parents of three-year-old Dylan Ehler, are alleging Facebook chat sites for which the respondents are responsible contained insults and accusations that they had been involved in their son's disappearance.

The civil action, which is launched under the province's Intimate Images and Cyber-protection Act, alleges Truro, N.S., residents Tom Hurley and April Moulton are the administrators of at least one Facebook chat site where accusations and insults were posted about the parents.

Hurley appeared in person and Moulton was on the telephone in the procedural hearing before Justice Jeffrey Hunt in Nova Scotia Supreme Court.

Hurley and Moulton agreed to return to court on April 6, when it's expected hearing dates will be set and each can indicate whether they have obtained legal counsel.

The plaintiffs' lawyer, Allison Harris, said in an interview on Friday that part of the goal of the action is to discover precisely who is behind the Facebook pages and to compel the respondents to provide further information about other possible Facebook pages and site administrators.

The action, which contains allegations not proven in court, is also seeking to have the sites permanently removed and for orders to be issued against the creation of any further, similar online chat sites.

The search for Dylan began on May 6 in the area near a brook in Truro where the toddler's rubber boots were found, and it was officially ended six days later without finding the child.

Moulton told the judge today she had been on the telephone with the parents' lawyer regarding "a verbal agreement." Hunt interrupted and asked her not to discuss any potential resolutions in open court until it is completed.

The plaintiffs have applied to the court for orders to shut down the chat groups, prevent the two people named from speaking about them online and prohibit them from creating further sites.

The parents have said the false allegations have caused, "ongoing and irreparable harm."

During the hearing Tuesday, Moulton also asked the judge if the hearing was necessary, "considering we've already shut down the group before we were served," and Hunt replied he could not provide her with legal advice.

This report by The Canadian Press was first published March 2, 2021.