ST. JOHN'S, N.L. — Police have ruled out charges against a former Newfoundland and Labrador cabinet minister and a Royal Newfoundland Constabulary officer over the leak of a police promotion list before it was seen by the executive council.
Sep 9, 2020 5:00 PM By: Canadian Press 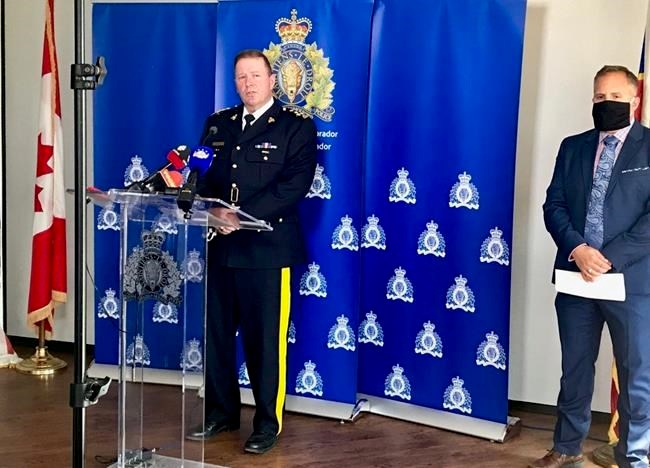 ST. JOHN'S, N.L. — Police have ruled out charges against a former Newfoundland and Labrador cabinet minister and a Royal Newfoundland Constabulary officer over the leak of a police promotion list before it was seen by the executive council.

Sherry Gambin-Walsh was dropped from cabinet over her sharing of the information.

However in a news conference Wednesday, RCMP investigators said they didn't find evidence that either party benefited from the sending of the list from Gambin-Walsh's smart phone.

Assistant Commissioner Ches Parsons said police decided against alleged breach of trust charges on the advice of a Nova Scotia Crown prosecutor brought in to examine the case.

He says police did confirm the list of senior RNC promotions was shared between Gambin-Walsh and RNC officer Paul Didham, but it occurred based on their personal friendship rather than with the motive of gain.

Sgt. Adam Palmer, who led the investigation, said Didham was "not bound by the same provisions of confidentiality as a cabinet minister and therefore he didn't contravene the Criminal Code."

He also said it's believed the list of promotions of senior officers was shared more widely after the cabinet minister transferred it to Didham.

The investigation started in March of 2020, when a complaint was received from the RNC that a cabinet minister had shared confidential documents.

The police investigation looked at events dating back to June 2018. It included an examination of the actions of both the former minister and the police officer, a review of cell phone records and other evidence and interviews with 41 individuals.

"The investigation found that neither party benefited in any significant way, financial or otherwise, through the sharing of the contents of the confidential document. Neither was there any attempt to influence or change a decision of cabinet with the sharing," a police release says.

"There is no realistic prospect of conviction on the charge of breach of trust by a public official and, therefore, no charges will be laid."

Gambin-Walsh continues to represent Placentia-St. Mary's in the provincial legislature. She didn't immediately respond to a request for comment.

The lawyer for Didham was also unavailable for comment, and the Royal Newfoundland Constabulary did not respond to a request for comment.

This report by The Canadian Press was first published Sept. 9, 2020.