P.E.I. health officials expect to give first vaccine dose to all adults by July 1

CHARLOTTETOWN — Health officials in Prince Edward Island say they will shift their focus to getting a first dose of COVID-19 vaccine to all adults by July 1, even if it means delaying the second shot for some. Chief medical officer of health Dr.
Mar 2, 2021 3:51 PM By: Canadian Press 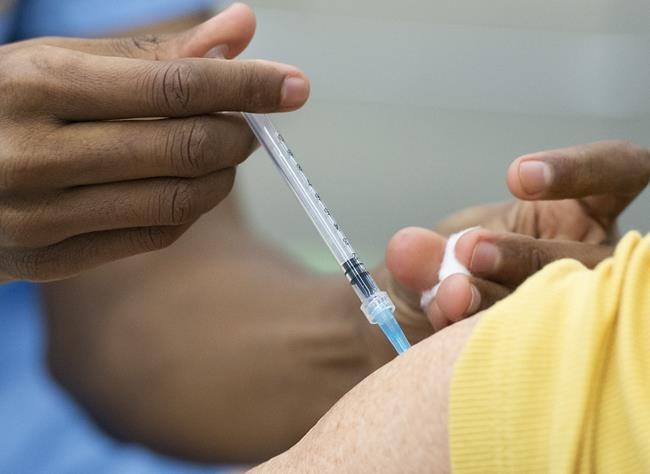 CHARLOTTETOWN — Health officials in Prince Edward Island say they will shift their focus to getting a first dose of COVID-19 vaccine to all adults by July 1, even if it means delaying the second shot for some.

Chief medical officer of health Dr. Heather Morrison says she's expecting some guidance on that delay from the National Advisory Committee on Immunization.

"Given that we expect to receive 100,000 doses of vaccination in P.E.I. between the first of April and end of June, and based on this anticipated guidance, we plan to offer every Islander over the age of 16 a single dose of vaccine by the end of June," Morrison told a news conference Tuesday.

People over the age of 80 will get a second dose based on their existing appointments. "However, going forward," she said, "others will receive a longer time interval between their first and second doses." She did not specify how long she expects the interval to be.

Morrison said having everyone over 16 partially vaccinated by July would bring "the finish line" into much sharper focus. She said it would result in a much better summer than last year but added that some health and border restrictions may remain in place.

As of Saturday, 12,596 doses of vaccine had been injected on the Island, and 7,377 people had received at least one dose.

Morrison reported four new cases of COVID-19 in the province Tuesday involving three men and one woman, all in their 20s.

One man is a close contact of someone who was among a recently identified cluster of cases in Charlottetown. The investigation and contact tracing is just beginning on a second man whose case is believed to be linked to travel.

The other man and woman are connected to each other, and health officials are investigating if their infections are related to cases recently reported in Summerside and Charlottetown.

There are 22 active cases on the Island, and there have been a total of 136 cases since the onset of the pandemic.

Morrison said test results from the National Microbiology Laboratory have confirmed that earlier COVID-19 cases involving two women in Charlottetown are linked to the more transmissible variant first identified in the United Kingdom.

Morrison also gave an update on enforcement by the Department of Justice and Public Safety.

She said authorities have received 587 complaints and have visited 709 homes and completed six business inspections. She said 200 warnings have been issued and 111 charges have been laid, including a $5,000 fine to a business this week.

This report by The Canadian Press was first published Mar. 2, 2021.