FREDERICTON — New Brunswick's opposition on Friday called for the government to permit members to appear virtually in the legislature after three Liberals from the Edmundston region were absent from the house because of COVID-19.
Feb 12, 2021 4:45 PM By: Canadian Press 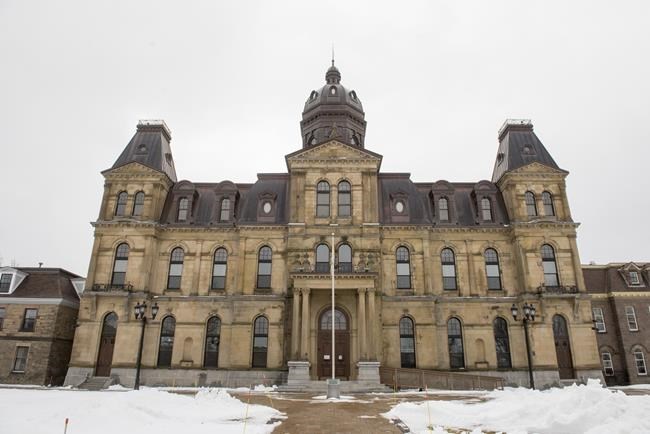 FREDERICTON — New Brunswick's opposition on Friday called for the government to permit members to appear virtually in the legislature after three Liberals from the Edmundston region were absent from the house because of COVID-19.

The region in the northwest of the province has seen a high number of infections and is under the "red" pandemic-alert level, which is a partial lockdown.

Members Chuck Chiasson and Jean-Claude D'Amours decided not to travel to Fredericton to avoid potential spread, while Francine Landry is mourning the recent COVID-19-related death of her father.

Interim Liberal Leader Roger Melanson said he believes most members want the ability to participate virtually if COVID-19 prevents them from travelling to the capital. "I really feel there is a majority of MLAs who want it, so we can stop preventing having full debates on very important issues that New Brunswick is facing right now," Melanson told reporters outside the legislature.

Green Leader David Coon said the Progressive Conservative government of Premier Blaine Higgs has only held 18 regular sittings in the legislature since the state of emergency was declared 11 months ago. He said changes should have already been made allowing members to participate virtually.

"That motion should have been brought back in December when all four leaders publicly said this is how we believe we should proceed in the face of the state of emergency and the state of the pandemic and zones shutting down," Coon said.

Education Minister Dominic Cardy, however, has repeatedly expressed his opposition to virtual participation, saying debates need to happen face-to-face in the legislature.

Premier Blaine Higgs said the technology for virtual sessions is in place and that discussions about using it will continue until March 16, when members return to the legislature for the provincial budget.

"The question comes down to the fundamental process under which we have the legislative proceedings and the debate of needing unanimous consent to do that," the premier said.

People's Alliance Leader Kris Austin, meanwhile, said virtual participation should only be permitted under extreme circumstances. "I'm not completely opposed to it, but I think it would have to be extreme measures in the sense that you're diagnosed with COVID, you're self-isolating due to COVID, or something to that regard," he said Friday.

Austin said it is important to maintain the tradition of elected officials travelling to the legislature to conduct government business in person.

"We've been doing this for over 100 years," he said. "I see no reason why this pandemic should stop that."

This report by The Canadian Press was first published Feb. 12, 2021.