FREDERICTON — Nova Scotia Premier Stephen McNeil has declared a provincial state of emergency because he says some people are blatantly ignoring requirements for social distancing and self-isolation during the COVID-19 outbreak.
Mar 22, 2020 6:12 PM By: Canadian Press 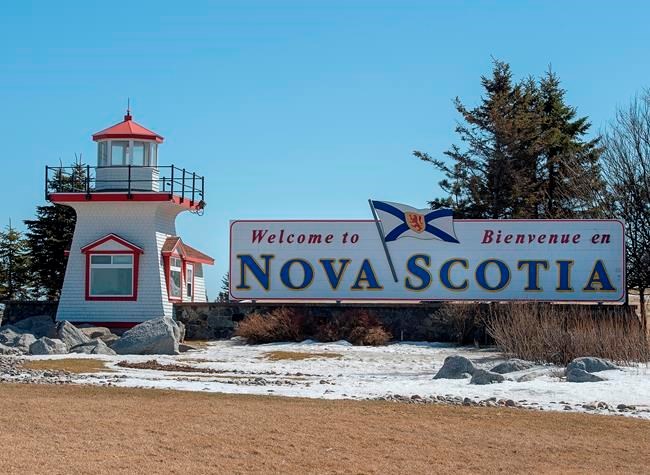 FREDERICTON — Nova Scotia Premier Stephen McNeil has declared a provincial state of emergency because he says some people are blatantly ignoring requirements for social distancing and self-isolation during the COVID-19 outbreak.

McNeil said while most people are obliging, there were many reports of large groups over the weekend.

"Hundreds gathering on our beaches and in our parks, large groups of people congregating, young people playing street hockey, cars parked everywhere, people disregarding law enforcement. We are dealing with a deadly virus and this behaviour is unacceptable," McNeil said Sunday.

"We cannot allow a small percentage who choose to do as they wish in our province to put at risk the health of the rest of us."

"The fines under the Health Protection Act are for individuals found in breach of the order $1,000 for each fine for each day. And for businesses and corporations $7,500 in the first instance and for each subsequent day," Furey said.

McNeil said it's OK to go outside, but walks should be to exercise not socialize.

As of 6 a.m. Monday morning, anyone entering Nova Scotia will have to self-isolate for 14 days. There are exceptions for people who provide essential services.

The QE2 hospital in Halifax can now confirm positive cases, so samples won't have to be sent to the national lab for confirmation.

"While to some, nine might not seem like a lot, how we behave now will determine how COVID-19 will progress in our province," said Dr. Janice Fitzgerald, chief medical officer of health.

"You must listen to what I am telling you to do. This is for everyone's health and safety, and everyone must do their part to follow these measures."

Caul's funeral home on LeMarchant Road in St. John's posted a notice Sunday to say they'd been contacted by the Department of Health to say that a person who has tested positive for COVID-19 attended visitations or funerals for two individuals between March 15 and 17.

It says anyone who came in direct physical contact with anyone at those services should self-isolate for 14 days, and if feeling ill, call 811.

Anyone entering Newfoundland and Labrador must self-isolate for 14 days.

Premier Dwight Ball said the restrictions being imposed are not suggestions and everyone must do their part to stem the spread of the illness.

"Today's news will not always be about someone else. The fact is, tomorrow's news could be about you," Ball said.

Ball's government announced Sunday that the provincial government will provide funding to regulated child care centres and family child care homes so that workers could continue to be paid.

The assistance will be in place until April 30 and will be reassessed if closures are still in place at that time.

There were no new presumptive cases of COVID-19 reported in New Brunswick Sunday. There are still 17 cases in the province — eight confirmed and nine presumptive.

The New Brunswick government will have a phone line available on Monday which people can call if they have concerns about others not complying with the state of emergency orders.

Prince Edward Island reported a third confirmed case of COVID-19 — a woman in her 20s who had travelled to Spain.

The woman flew into Toronto on March 14.

"She actually stayed at a hotel to self-isolate and on March 16 she flew from Toronto to Moncton on Westjet flight 3456, which left Toronto at 8:35 in the morning and arrived in Moncton at 12:05," said P.E.I. chief public health officer Dr. Heather Morrison.

Passengers on that flight are asked to self-isolate for 14 days, and if they become ill, call 811.

This report by The Canadian Press was first published March 22, 2020.