N.L. voters get extension on applications for mail-in ballots

ST. JOHN'S, N.L. — Newfoundland and Labrador's chief electoral officer granted residents more time to participate in the province's all mail-in general election on Sunday amid calls from some party leaders for more transparency around the process.
Feb 14, 2021 2:15 PM By: Canadian Press 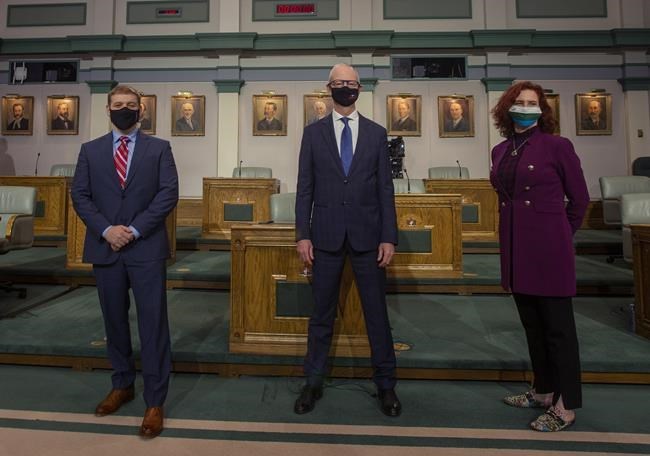 ST. JOHN'S, N.L. — Newfoundland and Labrador's chief electoral officer granted residents more time to participate in the province's all mail-in general election on Sunday amid calls from some party leaders for more transparency around the process.

Voters now have until Feb. 19 to submit their applications for mail-in ballots, Bruce Chaulk said a statement in which he moved the date back from Monday's original deadline. The date to turn in completed voting kits has also been pushed back to March 5.

Chaulk said he was putting the extensions in place "to ensure everyone has an opportunity to exercise their right to vote."

The wholesale switch to mail-in ballots became necessary after Chaulk cancelled in-person voting on Friday in response to a sudden COVID-19 outbreak in the St. John’s area.

Some of the province's political leaders, however, argue Chaulk still has more work to do to make the election possible.

Progressive Conservative leader Ches Crosbie released a statement Sunday morning asking the electoral officer to "halt his national media tour and take the time to speak to the people of Newfoundland and Labrador and the political parties taking part in the general elections."

Though the PC party welcomed the extension, Crosbie said Chaulk needs to do more to inform both voters and candidates about the revised election process.

Kyle Rees, party president of the NDP, echoed the sentiment in a similar statement released Sunday.

His letter raised concerns about voters in remote areas of the province, as well as those without internet access and those struggling with the Elections NL website.

"It doesn't take much to dissuade somebody from voting," Rees said in an interview Sunday. "Each of these things just represents another barrier that would dissuade people from voting."

Both Crosbie and Rees first wrote letters to Chaulk on Saturday requesting an all-party meeting on what would’ve been election day. They both reiterated those requests in Sunday's statements.

Liberal party co-chair John Samms, however, said party leaders should address concerns with Chaulk at their own discretion.

"A formal meeting with party representatives risks politicizing this process thereby potentially compromising the public perception of your institutional independence," Samms said in his own letter sent out Saturday.

This report by The Canadian Press was first published Feb. 14, 2021.

Note to readers: This is a corrected story. A previous version referred to Kyle Rees as NDP leader.