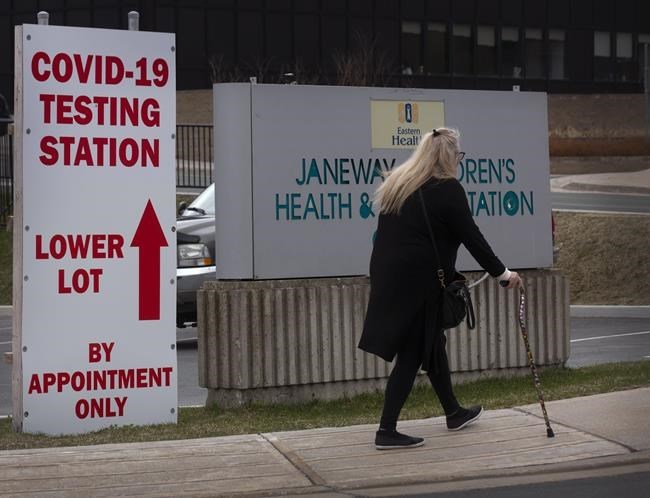 ST. JOHN'S, N.L. — Newfoundland and Labrador is reporting three new cases of COVID-19, and at least two infections linked to variants of concern.

The province's chief medical officer of health says there are several infections in the province whose sources have not yet been traced, including some linked to the Alpha variant first detected in the United Kingdom and to the Delta variant first found in India.

During a media briefing today, Dr. Janice Fitzgerald also said several social gatherings have contributed to the spread of the disease in western Newfoundland.

She says there are 53 active reported infections across the province, including two clusters of cases in the western towns of Stephenville and St. George's.

Fitzgerald says 56 people in the province have tested positive after receiving a vaccine, but 54 of those were not considered immunized or protected because of the time between vaccination and infection.

She says there have been two cases of COVID-19 in people who were considered fully vaccinated.

This report by The Canadian Press was first published June 9, 2021.