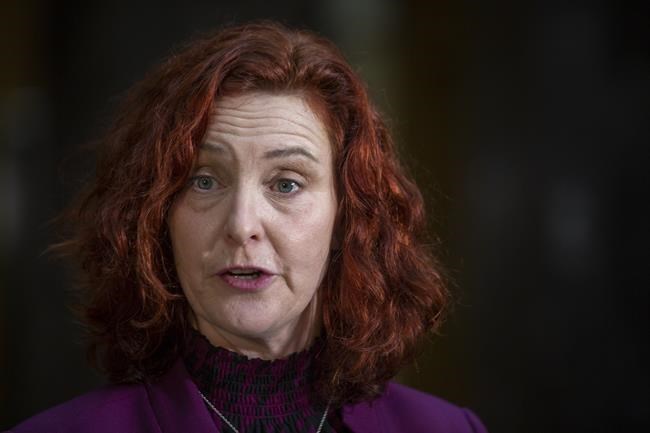 In a statement Tuesday, party spokesman David Maher said the party will be watching "to see the scale of the irregularities documented" in the judicial recount.

“There have been numerous irregularities with the election, which the PC Party have highlighted consistently throughout the election campaign,” Maher said.

Newfoundland and Labrador's provincial election was conducted almost entirely by mail-in ballots, but that wasn't the original plan. On Feb. 12, less than 12 hours before polls were set to open across the province, officials cancelled in-person voting as a COVID-19 outbreak swept through the capital.

The transition to mail-in ballots did not go smoothly, and many voters say they didn’t receive a ballot kit in time to have it back by the March 25 deadline. When results were released on March 27, voter turnout was 48 per cent — a historic low for the province.

The Liberals, led by Andrew Furey, were re-elected with a slim majority, holding 22 of the province’s seats. The Tories were reduced to 13 seats from 15, and the NDP was reduced to two seats, from three. Three Independents were also elected.

Both Progressive Conservative Leader Ches Crosbie and NDP Leader Alison Coffin lost their seats in their St. John’s districts. Crosbie resigned as leader, but Coffin lost by just 53 votes, and last Thursday she filed the paperwork to request a recount.

“There were so many problems with this election,” Coffin said in an interview Tuesday. “This is a little bit about the process and getting a better understanding of what happened along the way, but also to find out what did the numbers add up to.”

In documents filed with the Newfoundland and Labrador Supreme Court and shared with The Canadian Press, the NDP's scrutineer expresses concerns that ballots were being discounted without adequate reason. She also said that as the party's only scrutineer overseeing vote counting at 10 tables for nine to 12 hours a day, it was tough to do her job properly.

"Normally, I would be one of many NDP scrutineers in a polling station," Judy Vanta said in an affidavit. "With all of these ballots being counted at the same time, from multiple districts in the province, I was unable to adequately observe the counting process or review each ballot cast for the district of St. John's East-Quidi Vidi."

The party's application for the recount also says many ballots were mailed back before the March 25 deadline but did not arrive in time, "due to postal or other delay." A spokesman for the party couldn't say how many ballots arrived after the deadline, nor could chief electoral officer Bruce Chaulk.

"Late arriving return envelopes are marked according to the date received and are being held in a secure location. We have not created a tally," Chaulk said in an email Tuesday.

Meanwhile, the Canadian Civil Liberties Union is also watching the election and its aftermath. "We're monitoring the situation closely, but we don't really have any comment at this time," spokesman Alex Nanoff said on Tuesday.

A court date has been set for April 13 to determine the date of the recount.

This report by The Canadian Press was first published April 6, 2021.