ST. JOHN'S, N.L. — The contest to replace Newfoundland and Labrador's Liberal premier is being suspended due to the COVID-19 pandemic, just days after the party declared it would continue online.
Mar 23, 2020 2:33 PM By: Canadian Press 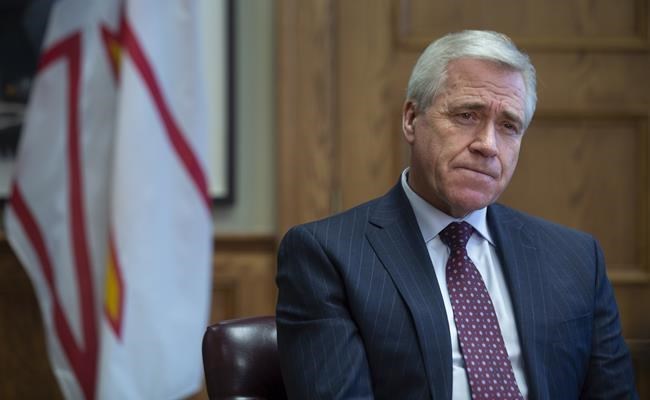 ST. JOHN'S, N.L. — The contest to replace Newfoundland and Labrador's Liberal premier is being suspended due to the COVID-19 pandemic, just days after the party declared it would continue online.

The party said today the suspension will be in effect until at least May 1, after which it will be determined whether the situation has improved enough to set a new date for the vote, to be conducted online and by phone.

Premier Dwight Ball announced his plan to step down last month, and the party was set to choose a new leader to replace him at a convention in May.

Under party rules announced Monday, the two candidates, Andrew Furey and John Abbott, are prohibited from accepting donations and campaigning, including interviews and social media posts about the race.

The decision to resume will consider whether the public health emergency announced last week is still in effect and whether any other "extraordinary public health measures," such as a province-wide state of emergency, are in effect.

The initial decision to continue with the race was criticized by opposition politicians, some Liberal caucus members and Abbott as insensitive to the needs of residents during the pandemic.

Members of the party's election committee said Monday that the government's announcement of a public health emergency changed the situation and represented extraordinary circumstances.

"I'd much rather be criticized for being too slow to suspend a democratic process than be deemed to be doing so hastily," John Samms, with the leadership organizing committee, said Monday.

Voter registration will also cease during the suspension.

Furey, a physician who initially advocated for the election going ahead, issued a statement Monday supporting the party's decision to suspend the race and re-evaluate regularly.

"I am fortunate to be able to contribute in both the health-care and political fields, and will focus during this leadership pause on supporting my health-care colleagues," Furey said in a statement.

Ball said last week the party would make its own decision about the election, adding he would not have resigned if he had known the extent of challenges to come from the COVID-19 pandemic.

He said it's important that elected officials put the needs of constituents before politics right now.

"It takes experience to do this job and not often do you see a ... card on the back of a fire truck that says 'novice driver,'" Ball said on Friday.