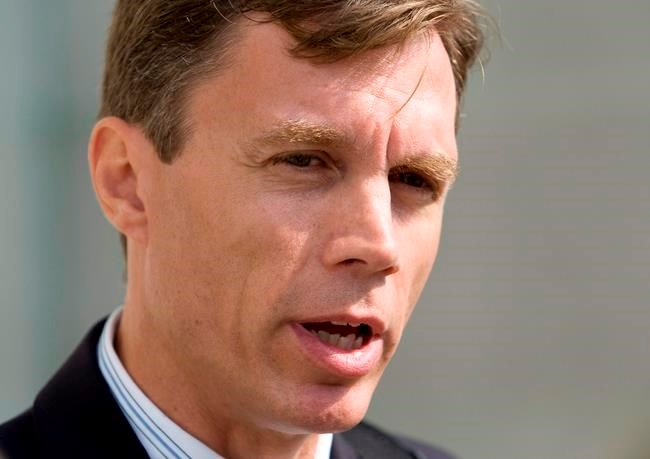 ST. JOHN'S, N.L. — Simone Dubeau has cast a ballot in every election since she was first eligible to vote. So when she tried several times Friday to register online for a mail-in ballot with Elections Newfoundland and Labrador and found the web page malfunctioning, she says she felt confused and then mad.

"When they didn't try to remedy the issue and extend the deadline by a few more days, or even apologize for the disruption, I was very angry," the 30-year-old St. John's woman said Monday in a Facebook message to The Canadian Press. "It hardly seems like anyone responsible for this election actually cares about making it reasonably fair."

As Newfoundland and Labrador's election crumbled this month in the face of a COVID-19 outbreak flaring in the St. John's region, chief electoral officer Bruce Chaulk announced a series of patchwork fixes. There was a complete switch from in-person to mail-in voting, followed by extensions to the deadlines to request and return ballots.

The final deadline to apply for a mail-in ballot was Friday at 8 p.m., and the completed ballots must be postmarked by March 12.

Candidates and organizations raised early concerns that people in fly-in communities along Labrador's north coast, as well as those without fixed addresses, home phones or internet access, would be left out of the vote. Now there are voters like Dubeau who say they faced system crashes when they tried to request a ballot Friday.

Duff Conacher, co-founder of the Ottawa-based non-profit organization Democracy Watch, said the province's turbulent vote is a "warning signal" to all other governments considering an election during a pandemic.

"It just shows how fragile our right to vote is," he said in an interview Monday. "(It's) a cautionary tale to any premier across the country or the prime minister thinking of calling an election any time soon."

Newfoundland and Labrador's chief electoral officer, Bruce Chaulk, however, isn't concerned about voters who waited until Friday to request a ballot. "We have no way of knowing who was not able to get through, but we gave them ample opportunity to get it done," he said in an interview Monday, citing the deadline extensions his office announced over the past week.

As for voter turnout, Chaulk said that's a concern for political scientists, not his office. "Voter turnout is not something that is within our control," he said. Those like Dubeau who couldn't get ballots Friday are like voters who get stuck in traffic and can't make it to a polling station before it closes, he said.

It's still too early to get a read on this election's turnout, he said, but more than 60,000 people voted in advance polls and through special ballots before the switch to mail was announced. His office had "points of contact" with another 110,000 people since the switch was announced, Chaulk added, but those include everything from people requesting ballots for their households to workers wondering about getting paid for time put in at advance polls.

According to Elections NL data, 214,798 people voted in the 2019 provincial election, representing a turnout of 61 per cent.

Conacher said the chaotic election will likely put a judge in "almost an impossible position." If voters are left out by the sharp turn to mail-in ballots, Conacher said, those in close ridings could make the case that their votes — had they been cast — would have changed the result. A judge would then have to decide if that's true, which would be a tough call, he said.

"The biggest mistake was calling the election," Conacher said, taking aim at Liberal Leader Andrew Furey, who called the election on Jan. 15. The second biggest mistake, he said, was made by Chaulk, who before setting ballot deadlines failed to consult groups that would have trouble voting by mail.

A spokeswoman for Furey noted in an emailed statement Monday that three other provinces — British Columbia, Saskatchewan, and New Brunswick — had smooth elections during the pandemic.

"No one could have predicted the outbreak ... much like no one can predict when COVID-19 will be eliminated," Meghan McCabe wrote on behalf of Furey.

This report by The Canadian Press was first published Feb. 22, 2021.