N.L. doctors to be compensated for income loss during pandemic response

ST. JOHN'S, N.L. — Newfoundland and Labrador will compensate physicians who bill per service and have lost income as their practice changes during the COVID-19 pandemic.
Apr 15, 2020 3:34 PM By: Canadian Press 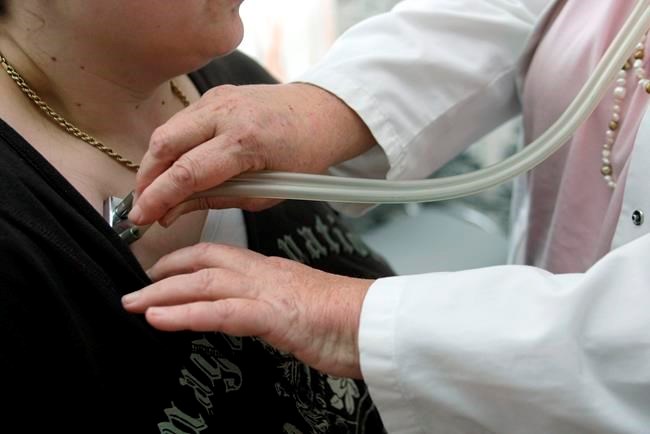 ST. JOHN'S, N.L. — Newfoundland and Labrador will compensate physicians who bill per service and have lost income as their practice changes during the COVID-19 pandemic.

Robert Thompson, executive director of the Newfoundland and Labrador Medical Association, said the province is the first to finalize such a policy, which drew on a blueprint used during the H1N1 flu pandemic in 2009.

He said the association wanted to set something in motion early so doctors eager to help during the pandemic would not have to worry about expenses at their practices, such as paying staff salaries, that come out of their income from regular billings.

Fee-for-service physicians make up approximately 65 per cent of the 1,300 working physicians in the province, Thompson said, and their incomes have been hit by pandemic-related disruptions like clinic closures, postponed elective surgeries and decreasing demand for appointments.

"The doctors were doing their professional duty and stepping forward," Thompson said in a phone interview. "We wanted to take all those distractions out of the way ... it enabled doctors to focus on the pandemic services and putting up their hand and getting involved."

Members were informed early that the process was in the works and details on eligibility were provided in an April 1 letter.

Thompson said the provincial government will make an application form available in the next few days, which physicians can download and complete, and it may take a few more weeks as applications are processed before funds are disbursed.

He said the association is asking those who have already taken on new duties to be patient as the compensation system is set up.

"We're really catching up with the payment mechanism to the real world," Thompson said.

To qualify, physicians must continue to carry out normal services, either virtually or in-person, and commit to being available for additional services during the pandemic, including on-call groups.

Compensation will be based on a physician's average fee-for-service earnings during the previous 26 pay periods.

The policy guarantees they will compensated for at least 80 per cent of their average earnings if they join the pool regional health authorities can call on during the pandemic.

Once a doctor is called in to pandemic response work, such as a COVID-19 patient ward, a testing clinic or a service area that required reorganizing, they will qualify for 100 per cent of their average earnings.

It's effective retroactively from March 18 through July 1, or until the provincial health department "deems pandemic health care delivery no longer necessary."

There is also a section protecting pay for physicians who may become ill with COVID-19 and must self-isolate during the health emergency.

This report by The Canadian Press was first published April 15, 2020.

Pedestrian-only downtown a hit with residents as St. John's adapts to pandemic
Jul 11, 2020 8:10 AM
Two men face second-degree murder charges in May killing of Fredericton man
Jul 10, 2020 6:23 PM
Federal government commits funding for N.L. electric vehicle charging network
Jul 10, 2020 4:06 PM
Comments
We welcome your feedback and encourage you to share your thoughts. We ask that you be respectful of others and their points of view, refrain from personal attacks and stay on topic. To learn about our commenting policies and how we moderate, please read our Community Guidelines.