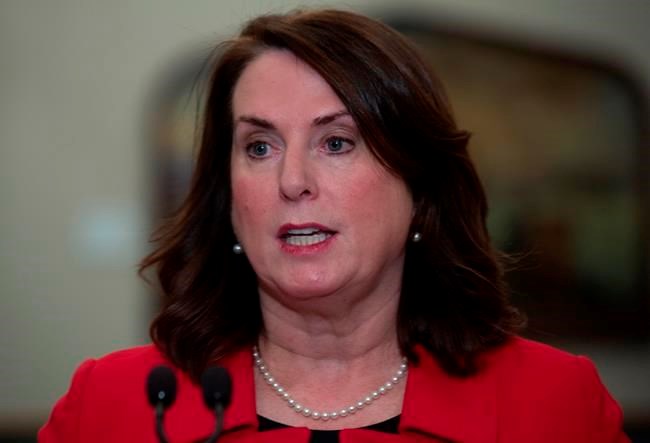 ST. JOHN'S, N.L. — Newfoundland and Labrador will see its first budget under newly installed Premier Andrew Furey at the end of the month, the province's finance minister announced Thursday.

The budget will be delivered midway through the 2020-21 fiscal year on Sept. 30 and comes after an update in July projected a $2.1-billion deficit — the second largest in provincial history and $1.35 billion more than last year’s shortfall.

"Newfoundlanders and Labradorians have been resilient during a tumultuous year," Finance Minister Siobhan Coady said in a news release, adding that her budget should not contain "major surprises."

On Sept. 14, the provincial government will introduce a three-month supply bill to keep government operations running until the budget is passed in the House of Assembly, the release said.

The grim numbers in the July projection were the result of a $720-million jump in spending combined with major setbacks in the offshore oil sector and crashing oil prices, according to Tom Osborne, who was finance minister at the time.

That jump in spending included an increase of $261 million in health care, $90 million of which Osborne said was related to the pandemic.

As spending increased, the province was grappling with a $631-million drop in offshore oil revenue, caused largely by a $560-million drop in royalties after oil prices plummeted.

Since the pandemic hit, the province's offshore sector has been plagued by delays and suspensions. In mid-March, Equinor and Husky announced an indefinite deferral of the Bay du Nord project, slated to be the province's first deepwater operation.

Drilling on the Hibernia platform was suspended in April, as was a refit for the Terra Nova floating production storage and offloading vessel.

On Wednesday, Husky Energy announced it was reviewing its $2.2-billion West White Rose project, which is already 60 per cent completed. Construction was shut down in March because of the pandemic, and Husky said it will stay that way until they figure out whether they can move forward.

The company is asking for a "direct investment" in the project from the federal and provincial governments.

This report by The Canadian Press was first published Sept. 10, 2020.