FREDERICTON — New Brunswick Premier Blaine Higgs is proposing that he and the leaders of the opposition parties sign a formal agreement not to trigger an election until 2022 — or until the pandemic is declared over.
Aug 10, 2020 5:52 PM By: Canadian Press 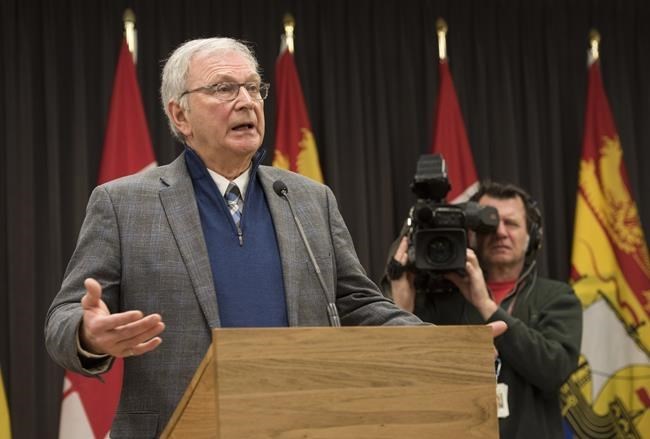 FREDERICTON — New Brunswick Premier Blaine Higgs is proposing that he and the leaders of the opposition parties sign a formal agreement not to trigger an election until 2022 — or until the pandemic is declared over.

Higgs, whose Progressive Conservatives have a minority government, has been hinting at an early election call while new COVID-19 cases remain low in the province.

But in a letter released Monday, the premier says he will commit to not prompting an election if the opposition parties do the same.

The letter proposes the opposition keep his government in power until a fixed election date in September 2022, or no earlier than 30 days following the declared end of the COVID-19 pandemic in Canada.

Higgs made the proposal in his response to a letter last month from Liberal Leader Kevin Vickers, copying his proposal to the leaders of the Green Party and the Peoples Alliance Party.

The Tory leader is calling for a formalization of the all-party COVID-19 cabinet committee to ensure the other parties have a voice in pandemic decision-making and the province's economic recovery plan.

The premier said the deal would include a mutually agreed legislative agenda "including proposals from each participating party."

Higgs said he wanted to avoid going to the polls this year "if possible," but added a fall election might be preferable to one at some future date when the province's COVID-19 situation may have worsened.

Vickers wrote to Higgs on July 7 saying he strongly believed "that this is not the time for an election," noting the economy is in crisis and the pandemic ongoing.

"Our ideologies differ, you are Conservative, I am a Liberal. But this is not a time for partisanship. I encourage strategic government investment in our economy," Vickers wrote at the time.

Vickers did ask the premier to keep his commitment to proceed with byelections in the ridings of St. Croix and Shediac Bay-Dieppe.

"I wish to reiterate my promise to you that the Liberal Party will not cause an election this year given the pandemic and the required focus on the recovery of our economy," Vickers wrote at the time.

This report by The Canadian Press was first published August 10, 2020.