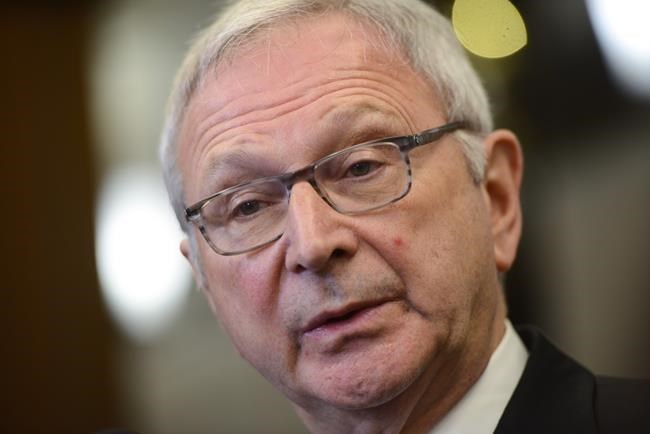 Higgs says he tried to get on four different commercial flights to St. John's, N.L., on Sunday but all were cancelled because of the weather.

He says that even if the New Brunswick government still owned its own aircraft, the freezing rain and strong winds made it unsafe to fly.

Higgs, who was finance minister at the time, used his budget speech that year to say selling the twin-engine plane was a way to cut costs.

Video conferencing allowed Higgs to take part in the meetings with his counterparts on Monday, and he says it worked very well.

This report by The Canadian Press was first published Jan. 13, 2020.

Texas murder suspect arrested in Halifax to be detained until February
Jan 24, 2020 12:24 PM

Hockey PEI warns of season suspensions for players for online trash talk
Jan 24, 2020 11:58 AM
Comments
We welcome your feedback and encourage you to share your thoughts on this story. We ask that you be respectful of others and their points of view, refrain from personal attacks and stay on topic. To learn about our commenting policies and how we moderate, please read our Community Guidelines.