FREDERICTON — A committee of the New Brunswick legislature has voted to remove the notwithstanding clause from a controversial bill on mandatory vaccinations for children in schools and daycares.
Jun 17, 2020 5:24 PM By: Canadian Press 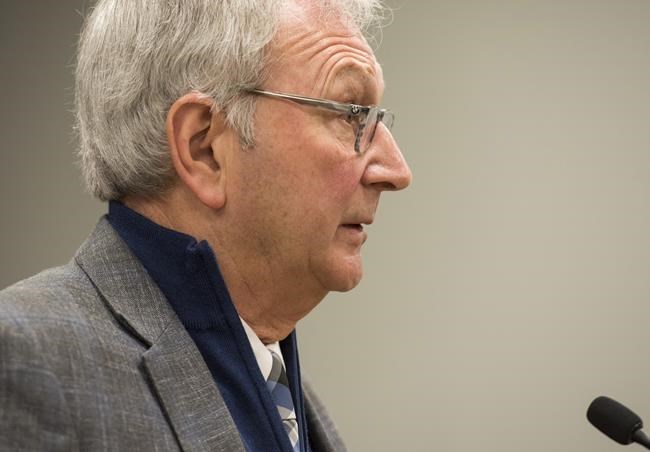 FREDERICTON — A committee of the New Brunswick legislature has voted to remove the notwithstanding clause from a controversial bill on mandatory vaccinations for children in schools and daycares.

Liberal committee member Chuck Chiasson brought forward a resolution to remove the clause during a meeting on Tuesday.

He said the Liberals opposed the inclusion of the notwithstanding clause because it would eliminate any chance of a court challenge under the Charter of Rights and Freedoms.

However, Tory Premier Blaine Higgs previously said the clause was needed to shield the legislation against charter challenges, including sections covering freedom of religion.

Late Wednesday, Chiasson said the bill had passed through the committee stage without further amendments and would go back to the legislature for final reading, although it's not clear when the government will call it for a vote.

"I'm feeling it's going to go either way and it's going to be a close vote — all parties are basically having a free vote,'' said Chiasson when asked how the final vote would go.

New Brunswick's Act Respecting Proof of Immunization would require children in public schools and licensed daycare facilities to provide proof of immunization or an exemption signed by a medical professional. Currently, non-medical exemptions are allowed.

The province held three days of public hearings last August that heard from supporters and opponents from across Canada and the United States.

This report by The Canadian Press was first published June 17, 2020.

Nova Scotia family battles for control over resort in new CBC drama 'Feudal'
Aug 13, 2020 1:14 PM
Comments
We welcome your feedback and encourage you to share your thoughts. We ask that you be respectful of others and their points of view, refrain from personal attacks and stay on topic. To learn about our commenting policies and how we moderate, please read our Community Guidelines.