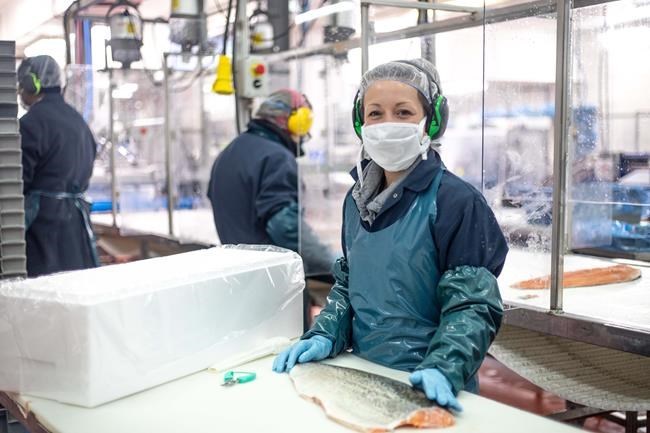 True North Seafood, the flagship brand and processing arm of Cooke, purchased Mariner Seafood for US$2.75 million after the U.S. company filed for bankruptcy protection last month. The sale was approved by a Massachusetts court Monday.

The sale includes two processing plants in the port of New Bedford capable of processing more than 8,000 tonnes a year of seafood product, including scallops, haddock, cod, salmon and shrimp.

Glenn Cooke, CEO of Cooke, said it has been a dream of the family seafood company to have a presence in the historic, high-value fishing port.

“We now have over 4,000 Cooke employees in 22 U.S. states and we will continue to invest and grow our New Bedford processing operations," he said in a statement.

Cooke, which started in rural New Brunswick in 1985 with three employees, now has a global workforce of more than 10,000 employees in 10 countries. It claims to be the largest privately held family seafood company in the world.

The company has grown in part through strategic global acquisitions.

"We're traditionally a wholesaler to the food service and retail markets including restaurants, catering, hotels and the grocery market," Joel Richardson, vice-president of public relations for Cooke, said in an interview Wednesday.

"Our current trajectory has put a strategic focus on growing the sales and distribution side of the business."

He said Cooke is especially interested in key U.S. locations, which brings the company closer to its customer base.

Richardson said the deal to acquire Mariner Seafood has been in the works for several months.

"When Mariner filed for Chapter 11 at the bankruptcy court in Massachusetts, they named True North Seafood as the stalking horse bidder for the company," he said, describing the designation of the New Brunswick company as the preferred buyer.

A call was then put out for other potential companies interested in acquiring the seafood processor to come forward with an offer.

"There weren't any additional companies that were deemed appropriate to purchase the company by the bankruptcy court or Mariners, so we were the successful bidder approved by the court," he said.

Mariner Seafood processes wild and farmed species, sold under the brand names Go Wild and MarSelect. The brand names will be now be replaced with True North Seafood.

This report by The Canadian Press was first published Oct. 28, 2020.

New Brunswick to require all visitors to self-isolate, reports 12 new COVID-19 cases
Nov 26, 2020 6:16 PM
Following Mount Saint Vincent, Memorial offers free tuition to former foster kids
Nov 26, 2020 3:35 PM
Three new cases of COVID-19 in New Brunswick, 'record' numbers in self-isolation
Nov 25, 2020 5:19 PM
Comments
We welcome your feedback and encourage you to share your thoughts. We ask that you be respectful of others and their points of view, refrain from personal attacks and stay on topic. To learn about our commenting policies and how we moderate, please read our Community Guidelines.