FREDERICTON — New Brunswick reported a seventh COVID-19-related death at the Manoir Belle Vue long-term care home in Edmundston Monday, leading the Opposition Liberals to call for a review into the facility.
Feb 22, 2021 5:04 PM By: Canadian Press 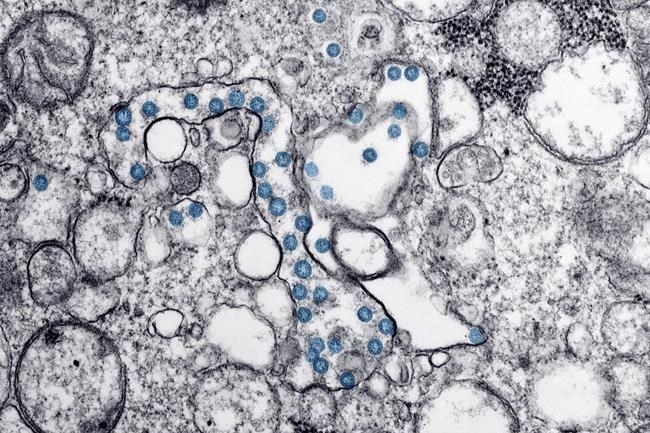 FREDERICTON — New Brunswick reported a seventh COVID-19-related death at the Manoir Belle Vue long-term care home in Edmundston Monday, leading the Opposition Liberals to call for a review into the facility.

The Edmundston care home has been hard hit by an outbreak and has had at least 90 positive cases among residents and staff. The death of the resident in their 80s is the 26th COVID-19-related fatality in the province.

"While WorkSafe has stated that these gaps were addressed, we believe the high number of Covid-19-related deaths in the facility warrants at least a review on behalf of government," Melanson said in a statement Monday.

Officials with WorkSafeNB refused a request for comment about the deaths at the Manoir Belle Vue. A spokesperson said the agency had already spoken to media last week about the long-term care home.

Melanson said his party had called for an "emergency measures centre" to co-ordinate various government resources to respond to staffing, logistics and communications needs in the Edmundston region, which until recently had been under lockdown.

"I think this centre could have helped identify and address any gaps still existing in the (region's) long-term care facilities," Melanson said.

Dr. Jennifer Russell, chief medical officer of health, offered her sympathies to the family and friends of the latest person to die of COVID-19 at Manoir Belle Vue. A spokesman for the Health Department said Russell was not available for interview Monday.

Health officials reported one new case of COVID-19 Monday in the Edmundston region. They said the person is in their 40s and is a close contact of a previously reported case.

Officials said the National Microbiology Laboratory has confirmed the sixth case of the B.1.1.7 variant in New Brunswick. The sample, from the Edmundston region, was sent to the lab in Winnipeg earlier this month.

There are 84 active reported cases of COVID-19 in the province and two people are hospitalized with the disease, including one in intensive care.

This report by The Canadian Press was first published Feb. 22, 2021.

N.L. ballot counting to begin this week and numbers suggest it could last until April
Mar 1, 2021 6:59 PM