FREDERICTON — New Brunswickers should ignore new advice from a national panel on vaccines and instead get the first COVID-19 shot they're offered, Education Minister Dominic Cardy said Tuesday.
May 4, 2021 5:56 PM By: Canadian Press 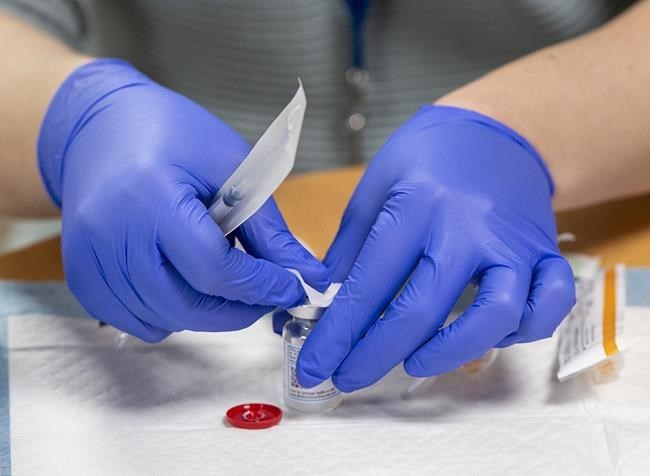 FREDERICTON — New Brunswickers should ignore new advice from a national panel on vaccines and instead get the first COVID-19 shot they're offered, Education Minister Dominic Cardy said Tuesday.

Cardy was reacting to comments on Monday from the National Advisory Committee on Immunization, which said mRNA vaccines from Pfizer-BioNTech and Moderna are "preferred'' because viral-vector vaccines from Oxford-AstraZeneca and Johnson & Johnson carry a remote risk of blood clots.

NACI, a panel of physicians and other vaccine experts, provided non-binding advice to provinces that the viral-vector vaccines should only be used on people over the age of 30, who are at higher risk of getting COVID-19.

Cardy said those comments directly contradict long-standing advice from Health Canada to get the first vaccine that is offered, adding New Brunswickers should ignore it like they ignore "anti-maskers."

"Ignore NACI, ignore anti-maskers, ignore the people undermining faith in science, and do your part for New Brunswick," he added.

Cardy said he has spoken to many scientists and doctors and none have expressed the same concerns as NACI.

"I would refer to the prime minister's comment today where he said people should get the first shot they are offered," Cardy said. "Given the fact that NACI did not say that, I side with the prime minister … Clarity around communication on science is incredibly important."

Meanwhile, New Brunswick expanded access to COVID-19 vaccines on Tuesday to people as young as 50 and to people 16 and older who have two or more chronic health conditions.

Chief medical officer of health Dr. Jennifer Russell said by the end of Tuesday, 250,000 New Brunswickers will have received at least one dose of vaccine.

Officials in the province reported four new cases of COVID-19. Russell said there was one new case in each of the Moncton, Saint John, Fredericton and Bathurst regions. All four cases are travel-related.

New Brunswick has 141 active cases of COVID-19 and six people in hospital with the disease, including two in intensive care.

This report by The Canadian Press was first published May 4, 2021.