ST. JOHN'S, N.L. — Newfoundland and Labrador Liberal Leader and incumbent Premier Andrew Furey says he believes the province's chaotic and delayed election is legitimate. Furey says if he wins, he will have a valid mandate to govern.
Feb 25, 2021 5:13 PM By: Canadian Press 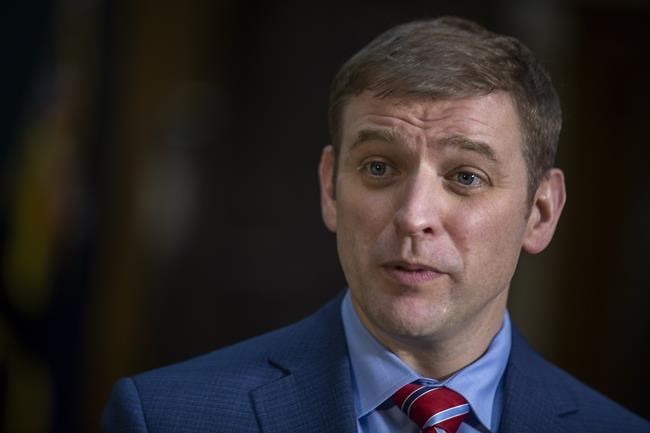 Furey says if he wins, he will have a valid mandate to govern.

"I believe that Elections NL has provided different opportunities for people to vote," he told reporters Thursday during a virtual news conference. "And now we have to see how the vote goes."

Furey called the election on Jan. 15, a day on which health authorities reported one new case of COVID-19 and five active known cases across the province. Four weeks later, the election was upended and the province under lockdown as an outbreak spread through the St. John's metro region.

The provincial elections authority delayed election day — which was originally Feb. 13 — and cancelled in-person voting, moving the vote to a mail-in ballot. After several deadline extensions, the mail-in ballots must now be postmarked by March 12 to count.

Some lawyers and political scientists say it's not clear whether the decisions to cancel in-person voting and delay the election were legal, and that the results will likely be contested in court. Meanwhile, initial numbers from Elections NL indicate voter turnout could hover around 50 per cent — a historic low.

On Thursday, Furey said that to his knowledge, his party has not retained legal counsel. He said his government will remain at the helm in "caretaker" mode until a winner is declared, though it's still unclear when that will be.

"We're collecting complaints and evidence and evidence of inadequacies and irregularities against the possibility that we may have to go to law," he told reporters Thursday.

Crosbie is Furey's biggest competition, with the Progressive Conservatives holding 15 of 40 seats in the legislature; Furey's Liberals hold 19. When asked if he'd consider his own mandate legitimate if his party won the election, Crosbie responded he's reserving any judgment about the election's legitimacy until after the votes are tallied.

Crosbie and NDP Leader Alison Coffin had been critical of Furey for calling the snap election before the outbreak began in St. John's earlier this month. They had also expressed concerns about voter turnout in a winter pandemic election.

Furey was required by law to call an election by Aug. 19, 2021, but he could have also taken up the Tories on their offer to amend the legislation so the vote could have been held in October.

The Liberal leader, however, said there was no certainty the situation in the province would be better by the fall. "At the time that I made the decision, the numbers were extremely low, we were the envy of the world, there was no community spread," he said Thursday.

"No one could have predicted the situation that we are currently in."

He said Elections NL officials assured him they were prepared to run a pandemic election, and that he consulted with the province's chief medical officer of health before he asked that the legislature be dissolved.

This report by The Canadian Press was first published Feb. 25, 2021.