FREDERICTON — The New Brunswick government says it agrees Indigenous people should lead some kind of review into two recent fatal police shootings, but several First Nations leaders say they're disappointed it may not be a formal commission of inquir
Jun 17, 2020 5:36 PM By: Canadian Press 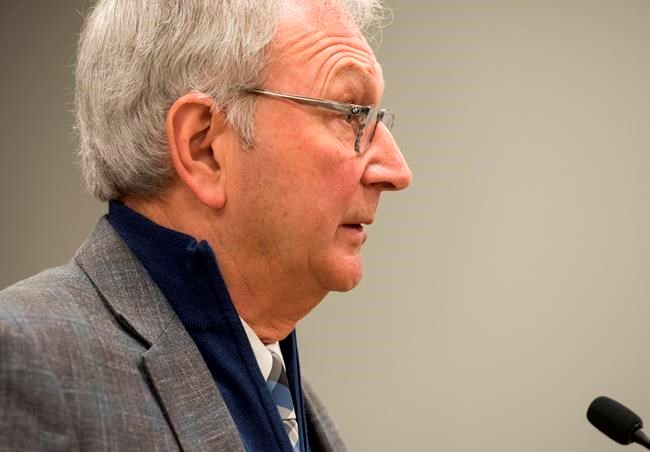 FREDERICTON — The New Brunswick government says it agrees Indigenous people should lead some kind of review into two recent fatal police shootings, but several First Nations leaders say they're disappointed it may not be a formal commission of inquiry.

"We agreed that Indigenous leaders should be at the head of this — maybe a co-chaired effort," Stewart told reporters after the meeting.

"There were terms thrown around like task force, review, inquiry, commission. Many terms were discussed and there was disagreement on terminology.... Not everybody can land on the same page in a meeting."

Six chiefs who represent the Wolastoqey Nation, however, later issued a statement saying they had specifically asked for a formal, independent commission of inquiry to investigate the deaths of Chantel Moore and Rodney Levi — both of whom were shot by police within the last two weeks.

"We were very disappointed with Premier Higgs' response," the chiefs said, adding that they told Higgs and four members of his cabinet that an inquiry should be led by Indigenous people and must have tight timelines to ensure prompt action.

"Our people have participated in national inquiries and we have heard words spoken by governments, and still we come back to the same point we reached these past weeks," the chiefs said. "We need action now."

Higgs later said he was concerned that too many previous inquiries — at the provincial and federal level — have failed to accomplish what they set out to do.

"I'm not one to keep studying something," he said, adding the province should first try to implement previous recommendations that remain outstanding.

"I'd like to get something accomplished. Why duplicate what may have already been studied?"

Stewart — who earlier this month called for a public inquiry — said Wednesday the province was still open to the idea, but made it clear the government is hesitant about doing so because it could take too long.

Having looked at the results of several national and provincial inquiries and royal commissions dealing with Indigenous issues, Stewart said only 20 per cent of 797 resulting recommendations had been implemented over a 24-year span.

The Mi'gmaq Chiefs of New Brunswick issued their own statement, saying they agreed with the premier's approach while also calling for a public commission of inquiry.

"It is our feeling moving ahead with implementing the calls and recommendations from past reports and having a New Brunswick-focused inquiry are not mutually exclusive," said a statement signed by nine chiefs. "There is not just one approach that is going to fix the issue."

The chiefs, who belong to a group known as Mi'gmawe'l Tplu'taqnn, cited the Royal Commission on the Donald Marshall Jr. Prosecution, which investigated the 1971 wrongful conviction of a Nova Scotia man who spent 11 years in prison for a murder he did not commit.

"We know the Marshall inquiry in Nova Scotia led to the implementation of actions that have resulted in significant changes in how the justice system in that province deals with Indigenous people," the chiefs said.

"There is benefit in doing something similar for New Brunswick."

Meanwhile, Quebec's independent police watchdog agency continues to investigate the killings of Moore and Levi, because New Brunswick does not have its own police oversight agency.

The Bureau des enquetes independantes (BEI) is looking into the RCMP's actions leading up to the death of the 48-year-old Levi, who was attending a barbecue near the Metepenagiag Mi'kmaq Nation on Friday when someone called police to complain about an "unwanted person."

The Mounties have said a suspect carrying knives was jolted with a stun gun, but that failed to subdue him. He was shot when he charged at officers, police said.

The bureau is also investigating the case of the 26-year-old Moore, who was fatally shot June 4 when an officer from the Edmundston Police Department was conducting a "wellness check." Police allege she lunged at an officer with a knife.

Moore, from the Tla-o-qui-aht First Nation in British Columbia, had moved to the community in northwestern New Brunswick to be closer to her mother and young daughter.

The Wolastoqey chiefs also said they raised concerns about systemic bias and racism against Indigenous people in New Brunswick's police and justice systems — and reminded the premier about Stewart's earlier pledge.

"Despite the fact that his minister of Aboriginal affairs has recognized that bias and racism exists, Premier Higgs is not prepared to recognize that," the chiefs said in their statement.

The premier challenged that assertion.

"No one is denying systemic racial issues ... that need to be addressed, least of all me," Higgs said. "We must have change."

Stewart said most of the chiefs agreed to take part in another meeting in two weeks, though he admitted some of them seemed frustrated.

This report by The Canadian Press was first published June 17, 2020.