ST. JOHN'S, N.L. — Federal researchers say they're not certain why the cod stock off the southern coast of Newfoundland and Labrador is at critically low levels but they say dramatic changes to the ecosystem may be playing a part.
Nov 20, 2020 4:54 PM By: Canadian Press 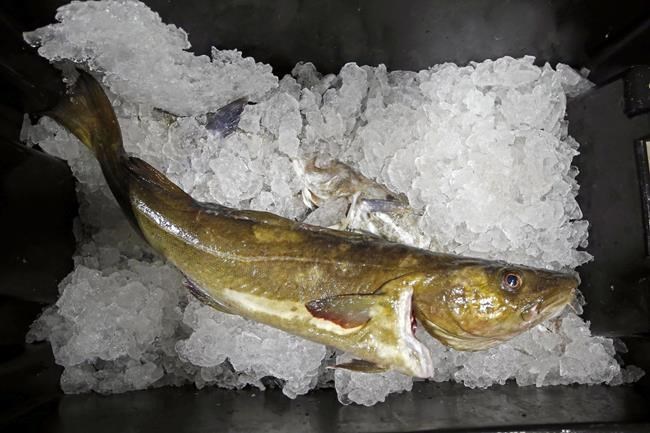 ST. JOHN'S, N.L. — Federal researchers say they're not certain why the cod stock off the southern coast of Newfoundland and Labrador is at critically low levels but they say dramatic changes to the ecosystem may be playing a part.

The federal Fisheries Department recently released the results of a study completed in early November, which estimated the cod population in the fishing zone, known as division 3Ps, will likely remain critical until 2023.

While fishing mortality rates have decreased, the department said natural mortality rates of cod have been increasing for the last decade and were at their highest levels observed last year.

Fisheries Department stock assessment biologist Danny Ings says he doesn't know exactly why cod are increasingly dying of natural causes, but, he says, the water in the area has warmed, changing the ecosystem.

"We're seeing new species move in the area," Ings said in an interview Friday. "We're seeing a lot of changes in the community itself and what that means specifically for cod, we're not quite sure."

The cod population off the coast of Newfoundland and Labrador is in poor condition, he said, adding that the animals aren't as fat as they should be compared to the length.

The Fisheries Department's research found the number of newly born cod has been below the long-term average since the mid-1990s. Ings said the department suspects the struggling population may also be dealing with food scarcity.

He said the stock could rebound if fishing in the zone is kept to a minimum. The department said it will continue conducting research on cod natural mortality.

Management of the 3Ps fishing zone is shared between Canada and France, which has sovereignty over St-Pierre-Miquelon, a territory off the southern coast of Newfoundland.

The federal government said that by 2021, it will consult with Indigenous partners, provincial governments and other stakeholders to develop a new mandate for future negotiations with France over how to manage the waters.

This report by The Canadian Press was first published Nov. 20, 2020.

Three new cases of COVID-19 in New Brunswick, 'record' numbers in self-isolation
Nov 25, 2020 5:19 PM
Congrats? Central Labrador snowfall breaks one record, nearly smashes a second
Nov 25, 2020 11:48 AM
'Nasty day' in Labrador as blizzard dumps 63 cm of snow — and counting
Nov 24, 2020 7:03 PM
Comments
We welcome your feedback and encourage you to share your thoughts. We ask that you be respectful of others and their points of view, refrain from personal attacks and stay on topic. To learn about our commenting policies and how we moderate, please read our Community Guidelines.