ST. JOHN'S, N.L. — Clergy across Canada are moving services to the digital world as they adapt to support their congregations amid the global COVID-19 pandemic that has seen governments restrict large gatherings.
0
Mar 22, 2020 8:00 AM By: Canadian Press 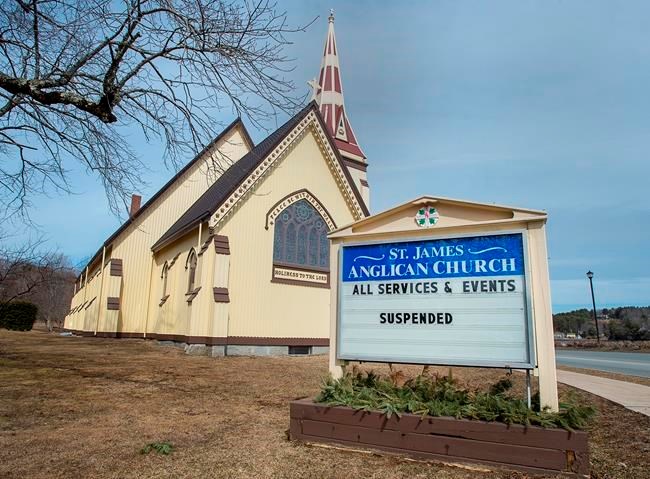 ST. JOHN'S, N.L. — Clergy across Canada are moving services to the digital world as they adapt to support their congregations amid the global COVID-19 pandemic that has seen governments restrict large gatherings.

Religious leaders say the unprecedented situation has forced them to seek creative alternatives to community-based worship at a time when people are anxious and in need of spiritual support.

Directing people to livestreamed services and prayers has been relatively simple for some.

Pastor Mike Miller, who preaches to a 400-strong congregation at Halifax's Nova Church, had already been posting audio podcasts of Sunday services to his church's website. Recent restrictions from health officials nudged his church towards finalizing a video livestream option that had been in the works.

"As a church, we really feel like the motive never changes, but the method can," Miller said.

Last Sunday's service reached about 2,000 live viewers, five times more than would typically attend in person. People tuned in from other Canadian cities and around the world.

"We saw some positive come out, as far as we could encourage and reach people beyond our normal attendance," Miller said

Sayeda Khadija Centre in Mississauga was already digitally streaming Friday prayers from the mosque before the pandemic hit.

Imam Hamid Slimi said he anticipates hundreds of people will now join the livestreams, to be carried out with the minimum requirement of four people physically present.

Slimi stressed that daily prayers are not suspended or cancelled, just closed to the public for the time being.

"In our tradition, a mosque is called a mosque so long as prayer is held in it. So I'm ensuring, myself and my assistant, that every prayer is prayed," Slimi said.

There are limitations to digital services. Anglican Archbishop Ron Cutler, diocesan bishop of Nova Scotia and Prince Edward Island, said many parishes have been experimenting with livestreaming Sunday services and daily prayers, but lack of internet connection has been challenging for those in rural areas.

Cutler said it's been interesting to see years of discussion about doing church differently suddenly turned into action.

"I hope that all of the conversations and reflections and the books and the reading and all that kind of stuff for the last several years that our church leaders have been doing is now starting to be realized," he said.

On top of planning alternative services, religious leaders have been busy checking in by phone with vulnerable community members who are older or separated from family and arranging help for those who need it.

Rabbis are grappling with how to remotely perform religious services for which the physical gathering of a community is central.

Temple Sinai Congregation of Toronto livestreamed Sabbath services for the first time on Friday and Saturday.

"It was a meaningful, challenging exercise together with some key members of our community and our clergy to try to understand how we can project the feeling that the service is about when, in fact, it will not be in the presence of the community," Rabbi Michael Dolgin said.

The online option is not viable for leaders in the Orthodox Jewish faith, where it is not considered appropriate to lead prayer electronically. Rabbi Andrew Rosenblatt, who leads the Schara Tzedeck Orthodox synagogue in Vancouver, said the unprecedented situation has forced synagogues to cancel services and has sparked creativity among rabbis.

"Because of this absolutely unique moment we find ourselves in ... rabbis have maybe found a little bit more wiggle room than we ordinarily would," he said.

Rosenblatt decided against leading prayer services digitally, but he has been hosting daily Torah studies through video-conferencing as an alternative.

He will also host a video session for the Saturday evening Havdalah service marking the end of the Sabbath. For a blessing that involves a candle, he will invite everyone to log on holding their own candle while Rosenblatt's sons play music.

"It's a bit of a simulation because everybody's doing their own, we're just kind of trying to create the unity of, let's say, 100 separate, individual religious acts," he said.

Clergy are also being forced to plan for major religious holidays that typically involve large community gatherings. Passover, Easter and Ramadan will look different this year under new social distancing rules introduced to stem the spread of COVID-19.

"It's a community coming together," Slimi said of Ramadan. "This is where we're scrambling and we don't know all the answers."

He said the possibility of hosting gatherings outside is being considered, but he's ultimately focused on everyone's safety.

"At the end of the day, you want to stay healthy and stay alive," Slimi said.

Religious leaders say they are drawing on stories from their religious texts about finding strength in times of fear to help community members cope with the current moment.

Dolgin said he's found inspiration in stories from the Jewish tradition about how past generations dealt with hardship.

"While COVID-19 is novel, our experience of some new threat is not," Dolgin said.

This report by The Canadian Press was first published March 22, 2020.

Police in New Brunswick charge two men with assault for coughing on others
Mar 27, 2020 6:25 PM
Judge reserves decision on jurisdiction in Fredericton murder case
Mar 27, 2020 3:51 PM
Comments
We welcome your feedback and encourage you to share your thoughts on this story. We ask that you be respectful of others and their points of view, refrain from personal attacks and stay on topic. To learn about our commenting policies and how we moderate, please read our Community Guidelines.