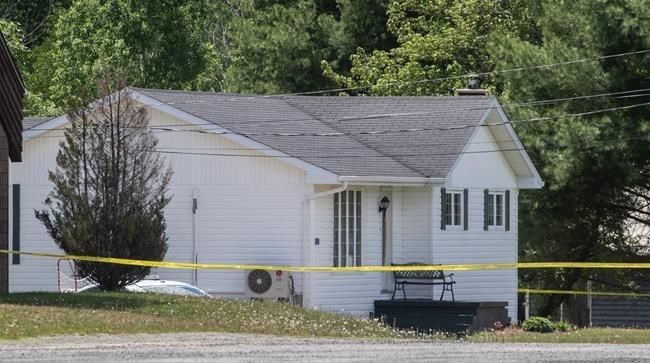 On June 4, 26-year-old Chantel Moore was shot by a member of the Edmundston Police Department. Police said the officer was performing a wellness check when he allegedly encountered a woman holding a knife.

And on June 12, 48-year-old Rodney Levi was shot dead by a New Brunswick RCMP officer near the Metepenagiag Mi'kmaq Nation after the Mounties were called to deal with an "unwanted person'' at a barbecue.

Here are five things to know about the Quebec agency, known as the BEI.

Quebec's BEI is a specialized police force and its members are sworn peace officers. They investigate cases in which civilians have been seriously hurt or killed during a police intervention or in police custody. The BEI also probes cases involving officers accused of sexual misconduct or when the alleged victim is Indigenous.

It began operating in 2016 and was created in response to criticism from the public and civil rights groups, who demanded an end to police forces investigating one another.

And while the BEI is also technically a police force, 21 of its 37 investigators as of March 2019 were former civilians who had never previously worked as peace officers. Since joining the BEI, however, they have been sworn in as peace officers.

The BEI is led by Quebec lawyer Pierre Goulet, who took over from Madeleine Giauque, a former high-profile Crown attorney known for her work prosecuting major criminal cases against biker gangs.

2. Why is the BEI conducting probes in New Brunswick and what jurisdiction does it have there?

New Brunswick doesn't have an independent police watchdog and therefore the RCMP asked the BEI to investigate both police shootings in the province.

Esther Tremblay, spokeswoman for the BEI, said the watchdog doesn't have legal authority to operate outside its jurisdiction and remains subject to Quebec law, even when operating in New Brunswick. The BEI's investigators  dispatched to New Brunswick, however, have been sworn in as peace officers of that province to conduct their investigation.

Tremblay confirmed that "nothing obliges" the RCMP officers or the Edmundston police to co-operate with the BEI's probe. "However ... the police authorities concerned have been informed of the legislative requirements which frame the work of the BEI. They agreed to collaborate in the ongoing investigations."

The BEI doesn't always get full co-operation from police in Quebec. In a 2019 report, Giauque noted that officers who refuse to co-operate with investigators aren't subject to automatic sanction.

3. What is the track record of the BEI when it comes to investigating shootings and sexual assaults?

According to the latest data on the BEI's website, the watchdog has opened 167 independent investigations into incidents during which a civilian was seriously injured or killed by police. So far, 117 of those probes have concluded with no charges being laid against officers, while another 50 cases are ongoing.

The BEI has also opened 133 criminal cases following official complaints by alleged victims against Quebec police officers. Of those, 61 cases are ongoing; 16 have been closed by the head of the agency; and 16 cases are being studied by the Crown prosecutor's office.

As of Feb. 13, when the agency's website was last updated, the Crown had laid charges in five of the criminal cases and decided against laying charges in 35 others.

Sixty-three of the 133 criminal cases opened by the BEI, or 47 per cent, have been made against Indigenous police forces in Quebec, and about one-third of the alleged victims are Indigenous.

4. What is the criticism of the BEI?

Families of those killed by police and civil rights groups have accused the BEI of lacking transparency in its investigations, of being too close to the province's police forces and of failing to deliver results.

Several families have told The Canadian Press that they've had trouble getting updates on the deaths of their loved ones, and some say they have little faith in the independence of the process.

Civil rights groups argue that BEI investigative reports should be published so the public can get a better idea about the force's work and why no charges have so far been laid in any police-involved shooting case.

The BEI is also receiving criticism from Indigenous leaders in New Brunswick. Six chiefs with the Wolastoqey Nation have questioned the watchdog's independence because it is composed largely of former police officers and its investigations were requested by the RCMP.

5. How are people of colour and Indigenous people represented in the BEI?

According to the BEI's most recent annual report, no members of visible minority groups were hired in 2018-19. Tremblay said the BEI doesn't have any investigators who are Indigenous.

The BEI, however, employs an Indigenous liaison worker who will "make all the connections necessary with the families and the representatives of the affected communities in New Brunswick." Tremblay said the liaison will support the two teams of investigators as they conduct their work in the province.

Note to readers: This is a corrected story. Previous version had Madeleine Giauque as BEI leader