One of his favourite forms of entertainment is watching the birds fly about through the window
Aug 28, 2018 3:00 PM By: HalifaxToday Staff 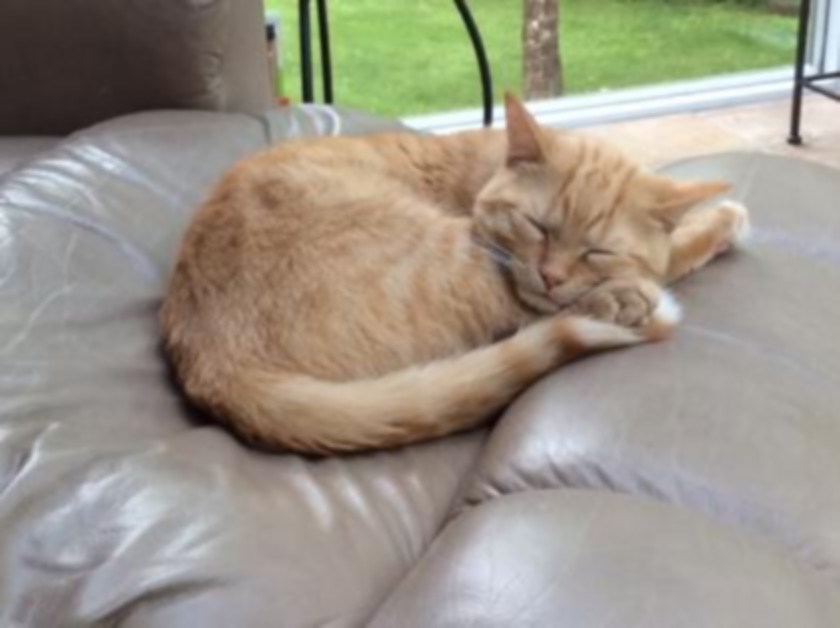 HalifaxToday.ca, in partnership with the Dartmouth SPCA, brings you a regular feature highlighting a special pet that is in need of adoption.

When I Brought Cheesecake home, he came out slowly, curious and sniffing. He explored going quickly from one thing to the next sniffing at everything and his tail switching all the while. He continued to search for days and was almost frantic to spend time with me, he rubbed against my legs and looking straight into my face with his big questioning eyes.

After getting used to his foster family...

First when Cheesecake came to us he was very tense and restless. Only in the last couple of days has he become more relaxed. He was desperate to give hugs and kisses and more than willing to receive the same. He purred constantly during these exchanges.

Between his searching and his bouts of hugging he didn't play, didn't seem to know how to play on his own Only when I played with him did he show any interest in toys or play of any kind. I wondered if he grew up with other animals and they were his entertainment. Chasing and wrestling was his only mode of play. Sometimes he'd get overexcited and play too rough using his teeth and claws. Lately, however, he is learning to play on his own.

He loves his cat tube which he races through rolling over and over, pouncing on any toy in the tube that catches his fancy. He loves it even more if his humans gets into the act as well. A fine piece of fabric twisting and wiggling behind as one runs about the house drives him insane.

He has such a vibrant personality and his actions so often leave us in stitches laughing that we sometimes dub him Tigger, as in the cartoons. He has the moves and he is even the same colour.

One of his favourite forms of entertainment is watching the birds fly about through the window.

Tigger Cheesecake still doesn't like to be left alone. He likes to play, eat and sleep in the same room as his humans. These days he settles down more quickly stretching out on the back of the sofa for a nap. He also enjoys sleeping beside his human in the lazyboy chair, trying out a basket or sleeping in the nice soft cat bed he inherited.

He and my husband have become very good friends. Cheesecake often curls up on my husbands chest as they watch TV together.

I had no idea there would be so much to say about a cat. He has been a fun and interesting guest. I hope we have given this little kitten as much pleasure as he has given us.

Good luck little Cheesecake. We wish you a long and happy life.

Cheesecake is on a special Urinary Diet to help prevent the growth of crystals in his bladder.

Unable to adopt? Share this feature on social media so each animal can get the exposure it needs and find a loving home.

To see past featured creatures who may still need adopting click here.

Trending in Adopt Me